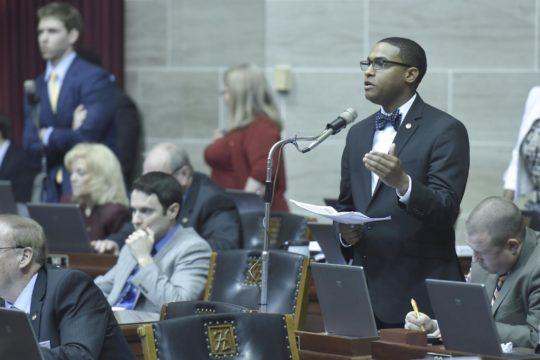 JEFFERSON CITY, Mo. – After a Missouri General Assembly staffer allegedly made a racially offensive comment, overheard by the African-American staffer of Rep. Joshua Peters, Peters is calling for the Missouri House of Representatives to mandate “Unconscious Racial Bias Training” as part of chamber policy.

“I have reported an incident involving racially offensive comments made by a staff member of the Missouri General Assembly,” Peters said. “It was done in the presence of my staff member, who is an African-American woman and who took high offense at the comments. I am calling for an immediate and swift response to make sure Missouri’s State Capitol remains a non-hostile work environment for everyone.”

“I find it appalling that in this day and age, and with the national attention these incidents have received, that there is not better screening and training already in place to have purged racially offensive language and comments in the seat of the people’s government,” Peters noted.

2,924 thoughts on “Does the Missouri Capitol need ‘Racial Bias Training’?”