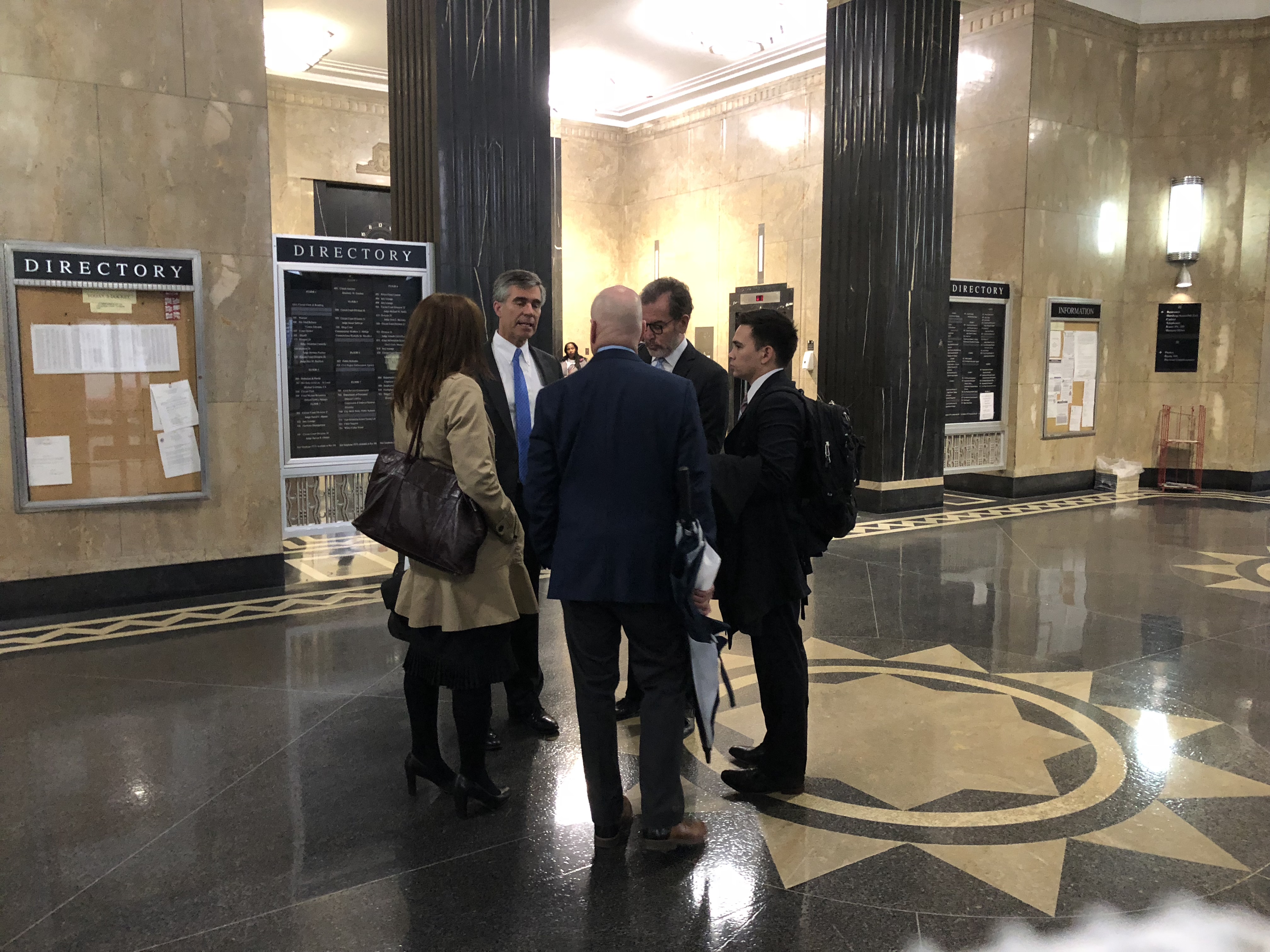 A former St. Louis Circuit Attorney’s Office investigator who looked into the invasion of privacy charges against Governor Eric Greitens invoked his fifth amendment right during a deposition Thursday morning.

William Don Tisaby, a former FBI agent hired by St. Louis Circuit Attorney Kim Gardner to help with the case, refused to answer questions at Carnahan Courthouse, prompting defense lawyers to call for the exclusion of evidence, interviews and anything Tisaby touched in the felony case against Greitens.

Sanctions against Tisaby arose when defense attorney Jim Martin accused Circuit Attorney Kim Gardner of not providing the defense with a two hour videotaped interview with the Missouri governor’s former mistress in January.

Greitens’ lawyers said they were told the interview, conducted by Tisaby, was lost because the video recorder “malfunctioned.”

Martin said the supposedly broken video tape of the alleged victim’s deposition “magically appeared” at 6 p.m. on Wednesday, April 11, just one hour after the Missouri Special Investigative Committee on Oversight released a scathing report on the governor.

In addition to the video tape being presented to the defense, Martin argued that Tisaby lied under oath when he said he did not take notes during the interview with the former mistress of Greitens.

The defense showed a picture of the investigator, sitting next to Gardner, taking notes. The defense team alleged Gardner did not disclose that information to them, accused Tisaby of perjury and asked for sanctions against Gardner.

The judge granted the re-deposition of Tisaby last Thursday, but the former FBI agent and lead investigator for the prosecution did not show up to that scheduled deposition Monday.

Tisaby hired lawyer Jermaine Wooten, who wanted to wait until next Monday to talk to his client, but Circuit Judge Rex Burlison refused to delay Tisaby’s deposition any further.

The defense used Tisaby as an example of why Gardner had her team should be disqualified to prosecute Greitens in his other felony case relating to computer tampering earlier this week.

The prosecution has tried to distance itself from Tisaby in the last few weeks, with trial assistant Robert Dierker likening him to fictional movie character Inspector Clouseau during a recent hearing.