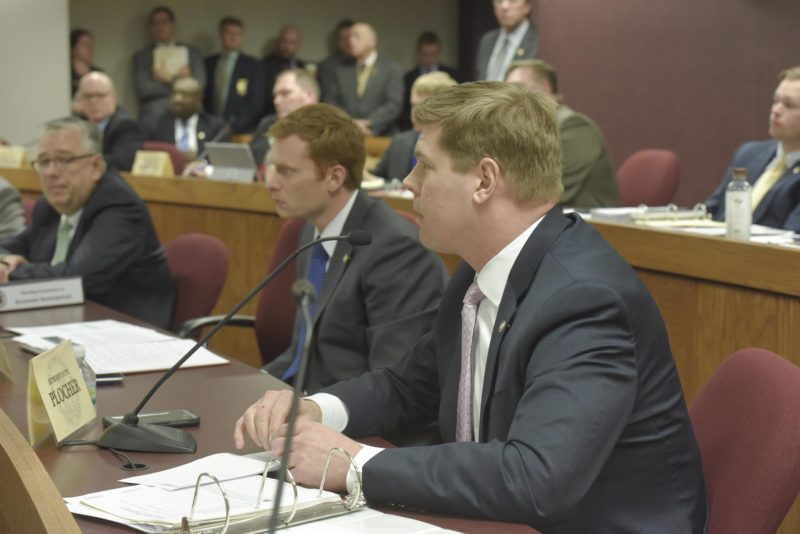 Grier filed two pieces of legislation during the bill pre-filing period that would encourage entrepreneurial growth and fuel employment. Grier said his goals with the bills are to make Missouri a more desirable place for businesses and skilled employees, and get government off the backs of hard-working Missourians, particularly lower income workers who are adversely affected by occupational licensing.

In pushing for the reforms, Grier cited the Washington and Lee Law Review, which noted that “Occupational licensing statutes primarily harm individuals who have the greatest need for economic opportunity: minorities, poor workers, the less educated, and people re-entering the workforce.”

“I think we need to look at the true purpose of occupational licenses, which is to protect the public’s safety and well-being, and make sure our laws reflect that. We need to make sure they are not set up to protect industry insiders, special interests, and their pocket books at the expense of Missouri workers,” said Grier, R-Chesterfield.

Grier filed House Bill 1710 to allow for reciprocity of professional licenses with other states. Under the bill, Missouri would recognize professional licenses and certifications from other states that have substantially similar training and educational requirements. Grier said the change would reduce barriers to entry and make it easier for folks to immediately get back to work without burdensome and stifling restrictions requiring repetitive or duplicative education.

In support of the bill, Grier pointed to a study produced by the Women’s Foundation and MU Institute of Public Policy entitled ‘Occupational Licensing and Women Entrepreneurs in Missouri.’ The study found that “Occupational licensing in Missouri and throughout the U.S., which is intended to protect the safety and well-being of the public, can often create barriers for entrepreneurs by restricting entry and re-entry into professions, reducing employment, and creating economic inequity.” As part of the study, one of the primary recommendations was to “Increase Reciprocity to broaden reciprocity provisions to all licensed professionals.”

“This common sense revision will get government out of the way and open the door for additional economic opportunity for Missourians. We are not going to allow industry insiders and lobbyists to advance their personal interests over hard working Missourians anymore,” said Grier, who added that the bill would make Missouri a more desirable place for business and attract skilled workers by recognizing their existing training and professionalism.

Grier also introduced HB 1719, which would discontinue any age restriction for individuals over the age of 18 for Missouri professional licenses with the exception of gaming licenses.

“With this much-needed change, Missouri government will no longer tell a soldier returning from war, that while the military may have trusted them to maintain an aircraft carrier, Missouri does not trust them to move a toilet because they are not old enough,” Grier said.

He added, “Age restrictions are arbitrary and create barriers to entry for those who wish to advance their career through skilled work and education. If an individual has the wherewithal to learn the skills necessary to adequately perform a job, Missouri is going to let them get to work. We need more young people with personal dedication, perseverance, and work ethic. Let’s not discourage them from doing great things.”

Grier’s legislation will receive consideration from his colleagues in the Missouri General Assembly when the legislature convenes for the 2018 legislative session on Wednesday, Jan. 3.