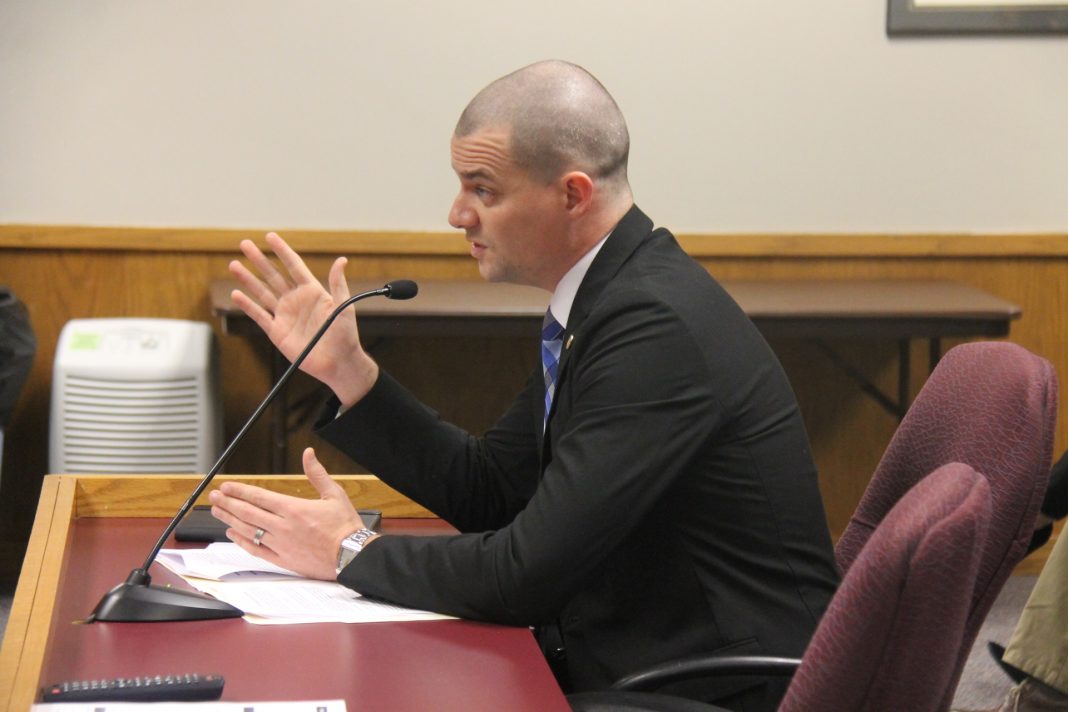 The bill includes, according to Alferman, “the exact same language the committee and the House saw last year.”

“You won’t find the word gifts in the statute, you’ll only see it as expenditures,” Alferman told the House Committee on General Laws on Monday afternoon.

However, the bill does include provisions to ensure that lobbyists can still make expenditures for the entire General Assembly, an example of which, Alferman explained, would be purchasing dinner for every member of the body.

“In the event that some group decides to pay for meals in everyone in the General Assembly, would that be reported?” Rep. Lauren Arthur asked.

And, just like last year, it makes an exemption for customary gifts, flowers, and plants.

Democratic members of the committee questioned certain aspects of the legislation, noting that there could be some instances that arise, particularly about the effects a lobbyist expenditure might have.

“Does a lobbyist have to know that they were violating the law to get a penalty?“ Rep. Peter Merideth asked.

“Not knowing the statute is not usually a viable excuse,” Alferman said. “If you were going to be penalized under this provision, a lobbyist would have to knowingly be deceitful.”

Merideth also questioned what would be defined as an official meeting.

Rep. Tracy McCreery discussed her concerns with receiving “awards” for other events, using a golf tournament as an example, including potential gifts of trophies or even golf clubs as gifts.

“By steering stuff away from a searchable database and forcing this more to our personal financial disclosures, it feels like we’re almost unintentionally hiding things,” McCreery said.

After 30 minutes of testimony, Chairman Robert Cornejo moved for the passage of the bill, which was met with a flurry of amendments by the Democratic member of the committees.

“If we’re going to do a gift ban, let’s do an all-out ban… a lobbyist can still come to your office and talk to you,” Arthur said. “We’re doing it to address the public perception that lawmakers are only serving themselves.”

“They should sell you on the merits of the idea, not the gift that is given to you,” Alferman said.

It was defeated by a voice vote.

It was also defeated.

That was followed by the third amendment, this time from McCreery, which she said would make the penalties apply to the elected officials as well.

“I think the public holds us to a very high standard, and we need to hold ourselves to that,” she said. Under her amendment, the penalty would be the same as that to the lobbyist.

The committee passed the bill, however, with a 12-0 vote, with Merideth perhaps summing the sentiment for all legislators on each side of the aisle, saying “any of this is still an improvement over current law.”

Following the hearing, Alferman said he is willing to work with all of his fellow House members to continue improving the bill language.

The bill was also passed out of the House Rules Committee on Legislative Oversight on Monday afternoon. The House hopes to send the bill to the Senate on Thursday.

This story originally appeared on missouritimes.com.