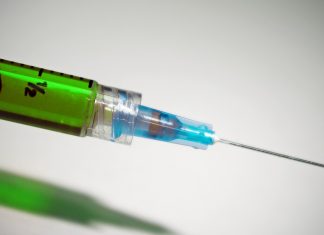 JEFFERSON CITY, Mo. — The son of a murdered man is hoping that his father’s murderer might save a life.

In March, Gov. Eric Greitens granted another stay of the execution of convicted killer Russell Bucklew, who was found guilty for the 1996 murder of Michael Sanders.

Sanders’ son, Zach, hopes that Bucklew can use that newfound time to become an organ or body donor.

“However this guy ultimately ends up dying, I hope he is allowed to donate his organs or body,” Zach Sanders said in a statement. “It’s easy to think Bucklew is still a monster, but this is a good opportunity for him to show otherwise.”

The statement arrives just one week after the House Committee on Corrections and Public Institutions held a hearing for HB 2198, which would require the Missouri Department of Corrections to carry out executions in manner which would allow inmates to donate organs if they so choose.

The bill sponsor, Representative Jim Neely is hopeful that the legislation will be expanded to include anatomical donations. Bucklew may not be able to donate his organs for transplantation due to a rare medical condition, which has also been the reason for the stayed executions, but he could still make an anatomical donation.

More than a dozen American inmates on death row have formally sought to make donations, which have been denied by state correction departments.

“Given our understanding that both the prospective donor and the family of the murder victim desire this outcome, we are willing to consider their request,” said Dr. Laura Johnson, director for the Gift of Body Program at the University of Missouri. “Potential legal ramifications involving the nature of this donation must be investigated.”

And some opponents say the inmates’ requests should continue being denied.

“We know that the death penalty is applied inequitably: with African-Americans at least five times more likely to be sentenced to death than Caucasians convicted of similar crimes,” said Staci Pratt, executive director of Missourians for Alternatives to the Death Penalty. “In this context, we believe that such a scheme would fall disproportionately on people of color.”

Sanders says that there is no reason that the Department of Corrections should prohibit inmates from donating, and says it could serve as a sort of way to make amends.

“Our criminal justice system needs to be reformed to give violent offenders more opportunities to show contrition and pay restitution to society,” he said.