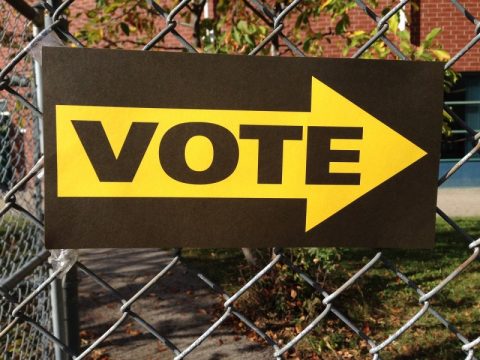 On Tuesday, the Western District Court of Appeals reversed the lower court’s decision in January 2018 to dismiss the case, which enables the lawsuit to continue.

The legal challenge filed in 2017 claimed that the state failed to budget enough to adequately educate voters on the changes, provide free IDs and birth certificates, and train poll workers as called for under the law.

The laws states that “if there is not a sufficient appropriation of state funds, then the personal identification requirements…shall not be enforced.” Thus, the lawsuit argued, the heart of the law should not be carried out.

Cole County Circuit Court Judge Jon Beetem rejected the lawsuit filed by the American Civil Liberties Union on behalf of the Missouri NAACP and the League of Women Voters. Beetem’s January 2018 decision stated the legal challenge failed “to state a claim for which relief can be granted.”

The appeals court dissented, stating the petition “adequately pleaded a claim alleging insufficient appropriation.” The reversal allows for the lawsuit to proceed.

“This ruling shows Missouri voters that their rights matter in the eyes of the appellate court. By seeing this case go to trial, the court recognizes it has a role in stopping voter suppression. We look forward to our day in court,” said Denise Lieberman, co-program director of Advancement Project’s Power & Democracy program.

“We should be making it easier for people to vote, not harder. The state is doing the latter by implementing the law without enough funds to do it right, and the court correctly found that our case should proceed,” said Sophia Lakin, a staff attorney with the ACLU’s Voting Rights Project who argued the case.

Secretary of State Jay Ashcroft criticized the ruling, slamming the legal challenge to the law.

“It’s unfortunate that these same organizations continue to desperately challenge a law already held as constitutional, and continue to force taxpayers to spend state resources refuting these challenges,” said Ashcroft. “It’s time to stop wasting the courts’ time and taxpayers’ money coming back for bite after bite of the apple with meritless claims attacking a law supported by the majority of Missouri voters and a supermajority of Missouri legislators.”

The voter ID law was passed by the Missouri Legislature during Veto Session in 2016 and went into effect in mid-2017.

Under the legislation, in-person voters are given three options when casting a ballot: Option One is to present a current Missouri driver or nondriver license, current passport, or military ID; Option Two is to present an alternative form of non-photo ID and sign a sworn statement; Option Three is to cast a provisional ballot.

In a ruling in a separate case, a judge struck down the requirement that voters with an alternative form of ID sign a sworn statement. Cole County Senior Judge Richard Callahan ruled the photo ID law to be constitutional but stated that the affidavit as written was “contradictory and misleading.”