RELEASE: Federal Reserve Bank of St. Louis’ James Bullard Highlights St. Louis As a Metropolitan Area with One of the Highest Standards of Living in the Nation 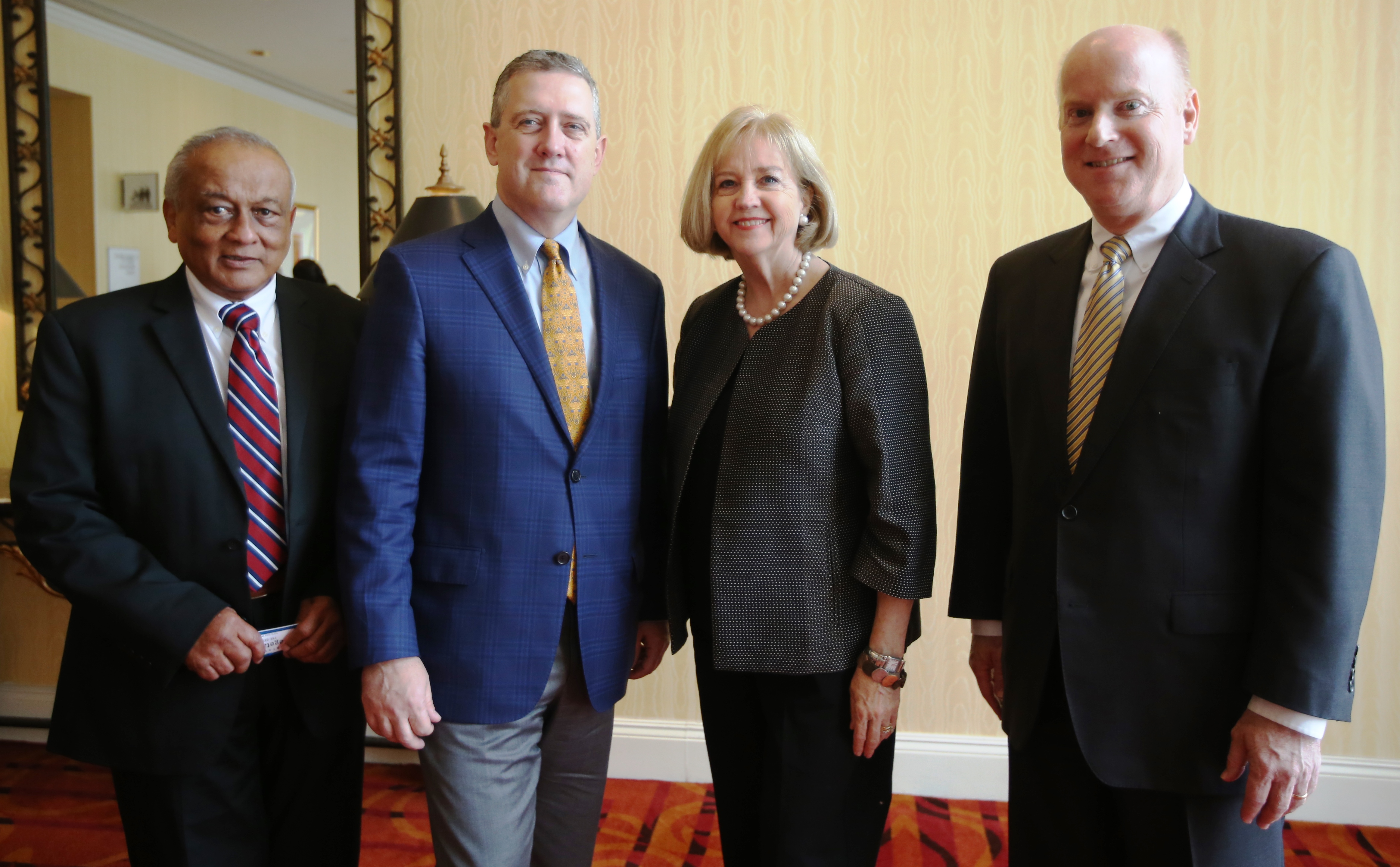 ST. LOUIS, MO, OCTOBER 11, 2017: James Bullard, President and Chief Executive Officer of the Federal Reserve Bank of St. Louis, discussed living standards in American metropolitans areas as he gave the keynote address at the 2017 Bi-State Development Annual Meeting in St. Louis, Missouri on October 6. Bullard, who is considered one of the most influential economists in the world, highlighted the importance of adjusting for price differences across metropolitan statistical areas (MSAs) when making comparisons, using regional price level data – also known as Regional Price Parities (RPPs).

In all, 381 MSAs in the United States were studied, Bullard said. He noted that the St. Louis MSA ranked in the top 6 percent of these metropolitan areas. “Said differently, 94 percent of all MSAs have a lower standard of living than St. Louis,” said Bullard.

Top business, civic and elected leaders from the St. Louis region and abroad heard Bullard speak and even had the opportunity to ask him questions at the end of his keynote presentation at the Bi-State Development Annual Meeting.

St. Louis Mayor Lyda Krewson spoke briefly about the unique potential of the St. Louis region, including its ranking as a top 10 city for millennials and start-ups, which is accelerating regional growth and development. She commended Bi-State Development for its ability to simultaneously stimulate development and tackle regional challenges.

“Bi-State Development has the innate ability to bring people together and bring the whole region together on both sides of the Mississippi River,” Krewson said. “From its work with public transportation to the region’s freight economy, Bi-State Development has proven time after time to be a catalyst for economic growth and regional collaboration.”

Bi-State Development President and Chief Executive Officer John Nations reported on the work of Bi-State Development and its five enterprises, to deliver private sector efficiencies with public sector accountability. Partnerships and collaboration were highlighted as key drivers of successful initiatives and ongoing progress over the past year.

As part of its goal to look for innovative ways to serve the St. Louis region, Nations highlighted how the Bi-State Development Research Institute recently announced that a pilot food kiosk program, featuring markets at the North Hanley and Wellston Transit Centers in North St. Louis County, will be opening soon. He said the fresh food program is being supported by a nearly $584,000 grant from the Missouri Foundation for Health to address food deserts and better access to healthier food options. Nations also noted the Research Institute was awarded a grant of nearly $1 million from the Federal Transit Administration to address access to health screening resources with a mobile van that will begin serving transit riders at several Metro locations in North St. Louis County later in the coming months.

Nations said the impact of St. Louis Downtown Airport is a critical component of the area’s economic development strategies and capabilities, as well as its immediate impact to the region’s job economy. “Working with our partners in St. Clair County and in Sauget and Cahokia, Illinois, the business park surrounding the airport has become one of the largest concentrations of private sector employment in St. Clair County,” he said.

Nations pointed out that Metro Transit continues to be Bi-State Development’s largest and most impactful enterprise. He reinforced the cooperation and collaboration required to police the transit system as a focus moving forward. “We move nearly 41 million riders annually with efficiency and reliability,” Nations said. “Our highest priority is not just to move people, but to move them safely, and we look forward to having the policing of the system achieve the same industry leading results as the rest of our transit operations and a new era of partnership among our jurisdictions on this vital issue.”

Continuing the theme of partnership and collaboration, Nations said the St. Louis Regional Freightway has quickly positioned the area in a competitive national and global business environment by uniting the region with critical partners here and across the country. Nations pointed out the signing of a Memorandum of Understanding with the Port of New Orleans in February to increase cooperation and marketing efforts. Public-private collaboration at the St. Louis Regional Freightway is credited with establishing the Merchants Rail Bridge as the number one freight and logistics infrastructure project for the region.

Immediately prior to the annual meeting, Mary Lamie, Executive Director of the St. Louis Regional Freightway, and David Jump, Chief Executive Officer of American Milling LP, participated in a special panel discussion session that focused on how the St. Louis region is poised to benefit from growth in agricultural trade and transport. Attendees heard from industry experts, including Brian Burke from John Stewart and Associates; Sean Mullins, from the World Trade Center St. Louis; and Wyatt Thompson from the University of Missouri.

The Agricultural Coast of America, or Ag Coast, as it is being labeled by the St. Louis Regional Freightway, is a 15-mile section of the Mississippi River at St. Louis that delivers the highest concentration of grain barge loading capacity anywhere along the Mississippi River. Within this area, the St. Louis region has 15 barge-loading facilities that support 100 to 140 barges a day with unit train capabilities. The high concentration of ports, river terminals, and barges that move large annual volumes of fertilizer and agricultural commodities have helped the St. Louis region secure the top ranking among inland fertilizer and agriculture product barge loading facilities.

“St. Louis is a global logistics hub,” said Lamie. “We’re the envy of the inland barge industry. That’s based on our geographic location and the fact that we are ice-free and lock-free. The St. Louis region has the highest level of grain barge capacity anywhere on the Mississippi River.”

The panel addressed the fact that the bi-state region has a competitive advantage when it comes to moving freight due to easy access to several interstate highways, international passenger and cargo airports, major railroads and cohesive freight leadership.

“St. Louis enjoys a geographical gift,” Jump said. “The Class I Railroads already come here. The river comes here.  You’ve got lock and dams just north of us. The river is wide open south of us. If you can turn a train faster, there’s an economic advantage to that. If St. Louis can continue to provide the logistics, then it can continue to grow.”

Burke added that a lot of people think that trading commodities is all about the price. “When it comes to the trading world,” Burke said, “The number one piece to manage is logistics. He or she who has the most efficient logistics wins. The competition for St. Louis is not (from) other places in the U.S.; it’s other places in the world.”

3,807 thoughts on “RELEASE: Federal Reserve Bank of St. Louis’ James Bullard Highlights St. Louis As a Metropolitan Area with One of the Highest Standards of Living in the Nation”