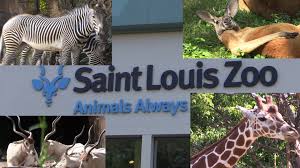 Macek and Mogerman will both report directly to Jeffrey Bonner, Ph.D., and Dana Brown, president and CEO.

“The Saint Louis Zoo is known for providing world-class animal welfare, performing cutting-edge conservation science and research, and providing exemplary visitor experiences,” Bonner said. “Michael and Jo-Elle are proven leaders that will help the Zoo continue to excel at these efforts as we move forward.”

A Chicago native, Macek came to St. Louis in 1990 from the Brookfield Zoo. Over the last 29 years, he has moved from Zoologist to Curator of Birds to Chief Operation Officer (COO) to, now, Saint Louis Zoo Director. As the Zoo’s COO, in 2016, Macek was responsible for the Zoo’s Research, Education and Animal Health Departments. Additionally, he helped manage WCI and ICM.

Macek earned his bachelor’s in zoology and chemistry from Eastern Illinois University and his master’s in business administration from Loyola University-Chicago.

Mogerman will be leading the Zoo’s new North Campus, a 425-acre property located in North County in the City of Spanish Lake. In addition to the North Campus, Mogerman will also lead the operations of the Conservation and Animal Science Center, as well as the public attractions that will connect people with nature and animals. In her new role, she will be overseeing the creation and development of the new attraction for the St. Louis community and tourists.

“Michael and Jo-Elle have pivotal roles in this planning process, as well as in our core zoological and operational activities,” Bonner said.

Bonner shared that he is looking forward to working with Macek and Mogerman, especially in creating and maintaining “synergy” between the Zoo and new campus, as well as the Zoo’s overall conservation efforts worldwide.

“The next 18 months or so are incredibly important as Zoo leadership works on its long-range plans for the Zoo and the new property in north St. Louis County,” he said.