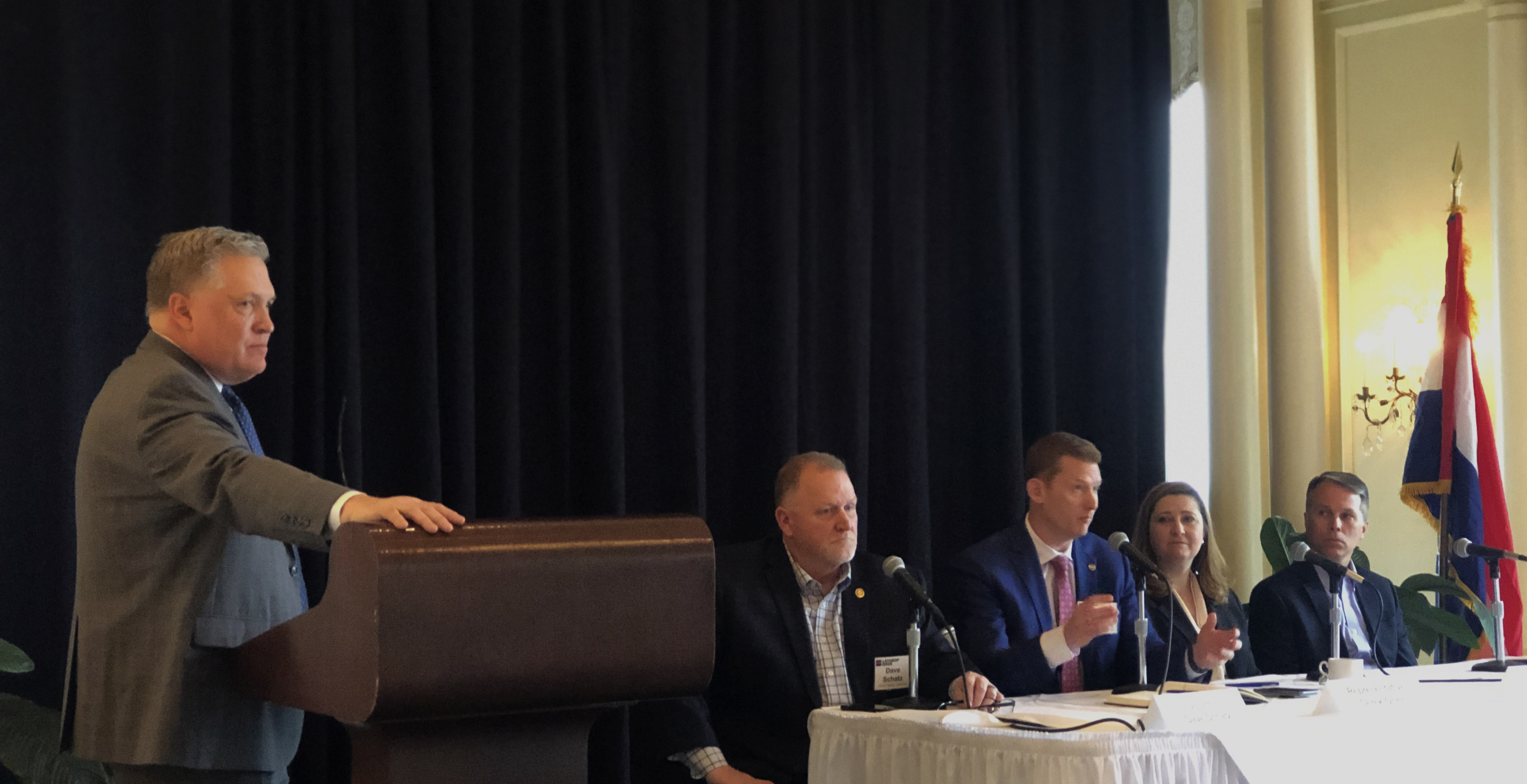 Missouri Attorney General Eric Schmitt was in attendance of the legislative breakfast to provide an update on the office and the work that is being done across the state, including the St. Louis region, in order to ensure public safety.

“These things that people are worried about…there’s no reason in the world that a business should leave because they are worried about the crime in St. Louis,” Schmitt said. “We have a chance to make a difference…we want to work with all of you to make this state a great state.”

“I’m proud to stand with a governor who understands these problems,” Schatz said. “We’re going to work together to try and solve this problem, we’re trying to make Missouri a great place to work and grow.”

Grier mentioned the Missouri OneStar Program, which deals with training and economic development. He said that through the program, the state will have one unified and cohesive training program. According to Grier, the legislature is working on making sure that Missouri is “as desirable as possible” for business to come and grow. He said there is already so much going on in the region to build upon.

“This administration is taking a more cohesive and comprehensive approach,” Mulligan said. “[It’s] a different vibe in terms of energy, cohesion, and optimism.”

In terms of transportation, McKenna shared that there is a tight feedback loop. He also said that the economy can only grow as fast as the infrastructure can deliver it.