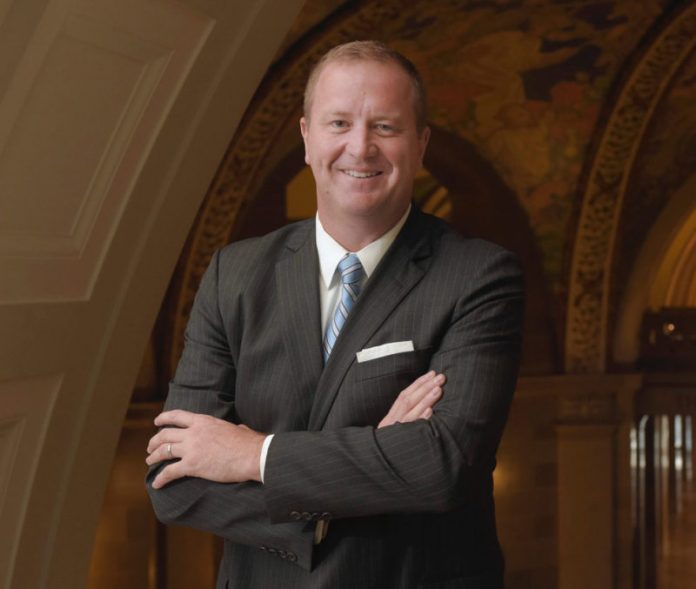 SPRINGFIELD, Mo. – Missouri State Treasurer Eric Schmitt is back on the road this week, announcing the revamping of the state’s linked deposit program.

Speaking in Springfield, Schmitt announced the launch and rebranding of the program, which will now be called Missouri FIRST (Financing Investment in our Rural, Small Business, and Technology communities).

The initiative will be aimed at helping small businesses and agricultural operations grow and expand through the issuing of low-interest loans.

“Small businesses and farms are the backbone of our state’s economy, but many that were set back by the recession have been struggling to grow ever since,” Schmitt said. “Missouri FIRST will create jobs for hardworking Missourians and revitalize Main Street by encouraging investment in our state’s economy. This program is about expanding opportunity and reaching our fullest economic potential as a state.”

Over the past year, Schmitt and his team have spent time gathering feedback from various small business owners, farmers, and lenders on how the program might be improved to benefit everyone.

By placing an emphasis on cutting the red tape, expanding access and modernizing the system, Schmitt announced several new changes to the program:

It also marks an opportunity for the state’s investment portfolio, as Schmitt is authorized to invest up to $720 million through the linked deposit program.

“At a time when small businesses are still struggling, Treasurer Schmitt has stepped up to the plate and delivered a solution for kick-starting our economy,” said Dan Mehan, President of the Missouri Chamber of Commerce and Industry. “Missouri FIRST gives our state a new competitive advantage when it comes to creating and retaining jobs.”

In addition to job creation and retention, another goal of Missouri FIRST is to encourage rural economic development by increasing linked deposit participation among farmers and ranchers.

“Farmers often struggle with securing reasonable financing for starting or expanding their operations,” said Blake Hurst, President of the Missouri Farm Bureau. “Treasurer Schmitt is addressing that problem head-on with Missouri FIRST, which is an important new tool for spurring economic development in rural Missouri.”

Existing linked deposit partnerships mean nearly one-third of Missouri lending institutions are already qualified to take part in the program. As of now, there are about 115 qualified Missouri FIRST linked deposit lenders with 350 branches throughout the state.

To find a full list of lenders and program eligibility guidelines, visit MOFIRST.mo.gov.