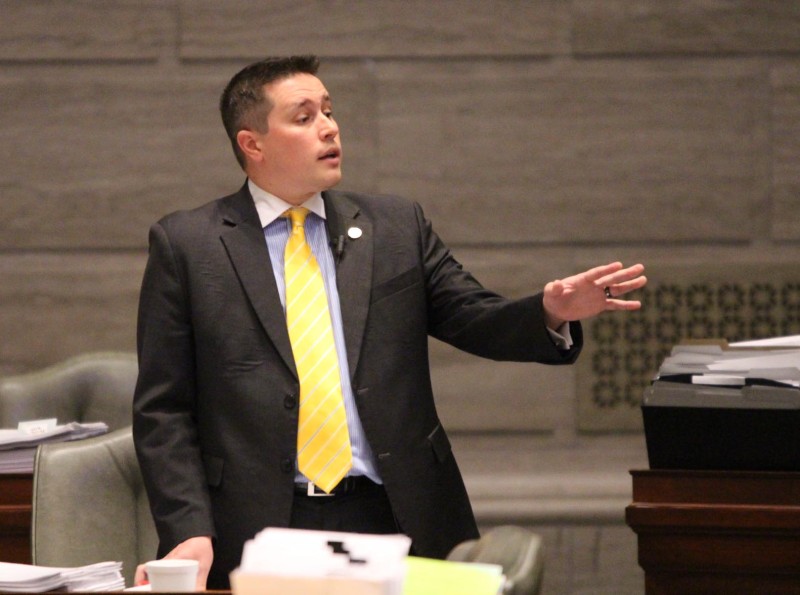 The Missouri State Senate on Thursday gave their approval for the nominations of Sen. Ryan Silvey and Will Kraus, both men appointed to the positions by Gov. Eric Greitens.

During a morning hearing of the Senate committee on Gubernatorial Appointments, Sen. Silvey announced that he would be resigning his post in the Missouri Senate effective that day.

The members of the committee had few questions for the Kraus and Silvey, other than wishing the two well in their next positions and praising them for their work and skills that might benefit them in their new roles. Kraus was the first to appear before the committee, sponsored by Sen. Mike Cierpiot, the man who replaced him in the state senate.

Senate President Pro Tem Ron Richard summarized the sentiments of the panel, saying that the former senator was a “quality person” and that his integrity spoke for itself.

“Good luck, I know you’re going to do great,” he said.

Richard also sponsored Silvey at the hearing, where he shared some thoughts on the departing senator and his next venture at the Missouri PSC.

“This is a good fit for him, he already understands the issues because of his chairmanship, and I think he will be a great asset,” Richard said.

Senate Majority Floor Leader Mike Kehoe jokingly asking Silvey if he would have ever expected for Richard to be sitting next to him and say such nice things about him.

“We have had our differences,” Richard responded. “But that’s not to keep him from moving on with his career.”

Sen. Jamilah Nasheed asked Silvey how this appointment came about, noting that the Governor and Silvey had oftentimes been at odds.

“I would say it came about pretty unexpectedly, pretty quickly” Silvey replied. “While the Governor and I have had our differences, energy policies are not one of those, we’ve never clashed on that. They called and asked if I would consider the position, and I was honored to do so.”

On the floor, Sen. Jason Holsman said that the loss the chamber would feel after the day had ended was “palpable.”

“There is honor in the self-sacrifice of his decision,” Holsman said of Silvey. “While I’m sad to see him go, I’ve got news for the folks who they think they know what kind of commissioner he will be.

“He will be an independent commissioner, and he will do what he thinks is right.”

The Senate gave their consent less than an hour after entering the chamber, before adjourning for the week.