Session gets underway, questions about Board appointments arise 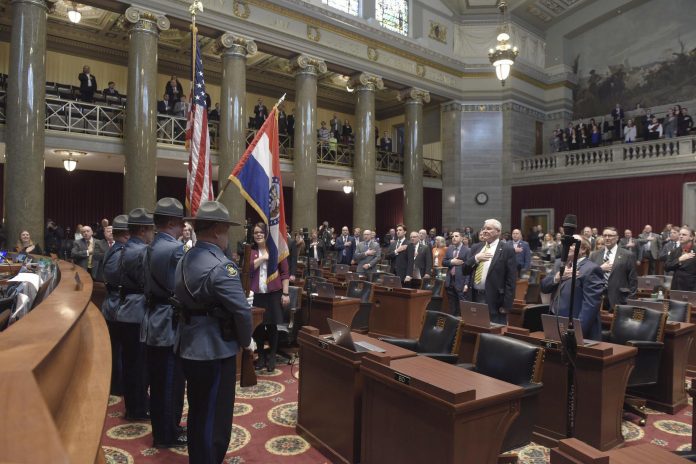 JEFFERSON CITY, Mo. – The first day of the legislative session has concluded, and Missouri lawmakers are primed to once again take up debate on issues and legislation that will affect all corners of the Show-Me State.

Today, we begin the 2018 Legislative session as a group of farmers, teachers, business owners, attorneys, doctors, and officers of the law. Both Republicans and Democrats…just regular Missourians with the desire to make a difference. #moleg

Most of the legislators seem keyed in on the one issue that seems to be on everyone’s lips, as the question of how the federal tax reform laws will affect the state.

“We were closely following what the federal government did before the new year, and now we are watching to see what effect it will have on Missouri,” Senate Majority Floor Leader Kehoe said. “The most important issue is putting more of people’s own spending money back into their pockets. Numerous tax reform bills have been filed, and I’m sure will have robust conversations about possibilities in the coming weeks.”

Republicans seem ready to pick up where they left off in 2017, readying for debate on several measures that failed to cross the finish line like tort reform and prevailing wage, but House Speaker Todd Richardson, his priority once again at the start of session is to pass an ethics bill banning lobbyist gifts.

The House managed to do so in 2017, the first bill passed out of that chamber, and Richardson says he’s hopeful to see it on Governor Eric Greitens’ desk this year.

“I’m very optimistic that we’re going to continue a good, strong working relationship with the Senate,” Richardson said. “And I’m hopeful that we’ll see the Senate take up and pass that bill.”

But perhaps the most interesting news of the day came from the Senate, where it became clear that some members of Missouri’s upper chamber were unhappy with the Governor’s appointments to the State Board of Education and their work to oust and replace former Commissioner Margie Vandeven.

The Governor on Wednesday announced that he had withdrawn his appointments and then reappointed them in order to give senators more time to confirm his nominees, but Senate President Pro Tem Ron Richard would not confirm whether he would allow the appointments to receive a hearing.

Richard also confirmed that, as nominees, the appointees were no longer recess appointments, and thus do not have the authority to act. The maneuver also means that the Board no longer has a quorum, murkying the waters of the search for the next commissioner even more.

Even if the appointments get a hearing, Sens. Rob Schaaf and Gary Romine both said they would block the appointees.

4,710 thoughts on “Session gets underway, questions about Board appointments arise”