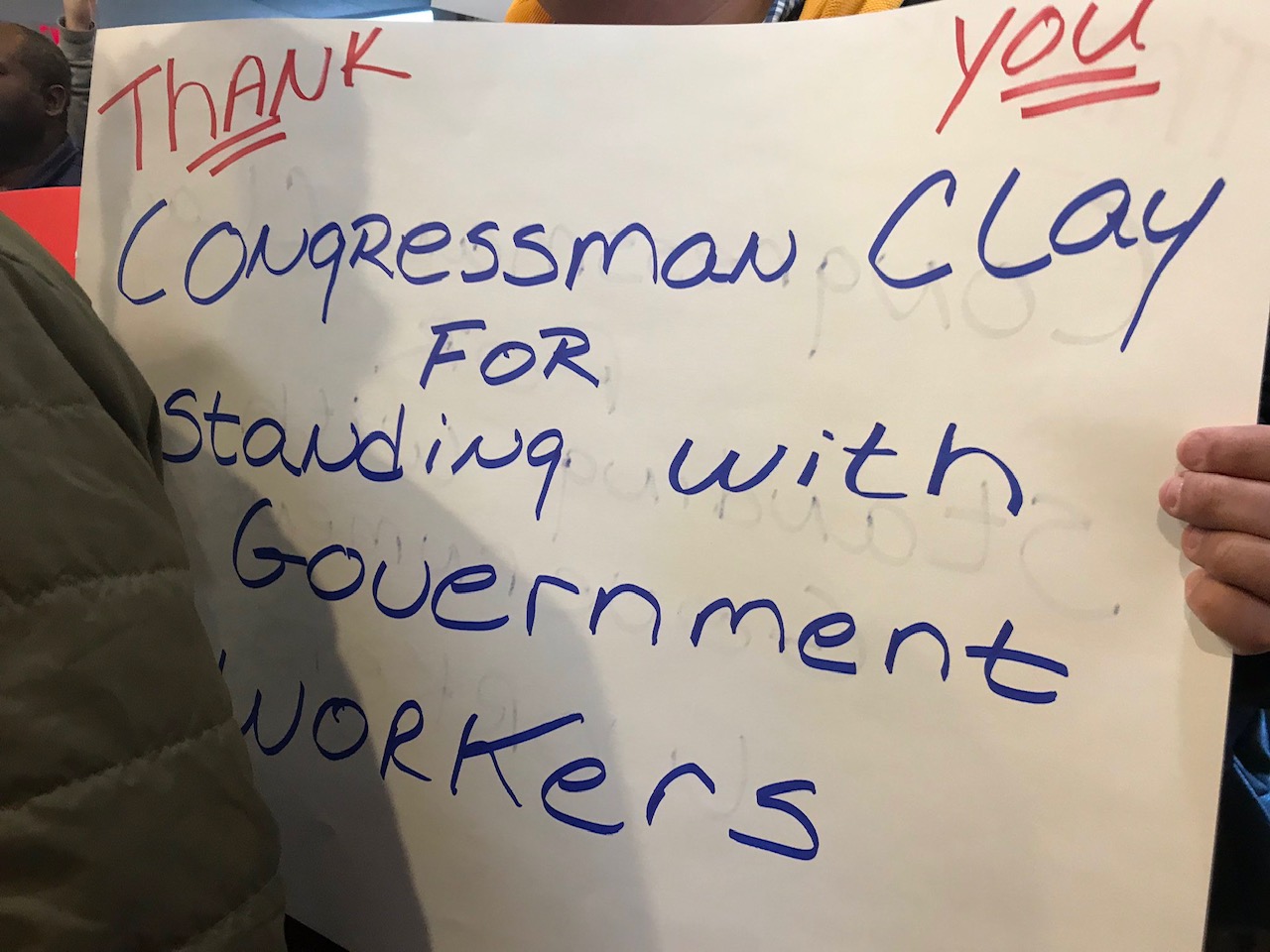 On Friday, Clay addressed the crowd from his Capitol Hill office in solidarity with the employees in the St. Louis region who have been affected by the Trump Shutdown. He demanded that President Trump end the shutdown, reopening the federal government.

“There is no emergency at the southern border, but there is a crisis of confidence in the Oval Office,” Clay said. “This shutdown is not about border security, it’s about the President’s ego and his insistence that U.S. taxpayers should pay for his ridiculous campaign promise.”

Clay also made note that real leaders do not build walls, but rather bridges.

During the video conference, Clay addressed the president directly. “Mr. President, federal employees are not pawns in your game of political chicken,” he said. “Open the government now.”

Among the crowd was Missouri State Senator Brian William, D-14th District. He stood with fellow local officials, union leaders and employees in support of Clay’s message to the people of St. Louis and the president.

Williams said he is disappointed that the president is using federal employees as pawns. He also said shutdowns should not be used as bargaining chips.

“The livelihood of working families should never be at the hands of political disagreement,” he said. “I’m prepared to fight for the people in Missouri who are affected by the back-and-forth of the federal government. We must push for the government to be open permanently.”