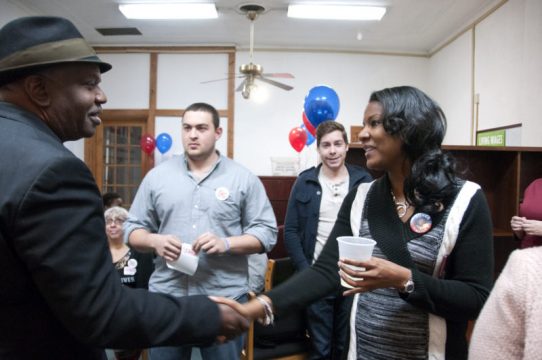 ST. LOUIS – Tishaura O. Jones, treasurer for the City of St. Louis, has taken a new approach with financial institutions. One that her office is calling: “Do more.”

After taking office in 2013, Jones found an “underperforming investment strategy” as well as a “lack of accountability” for the city’s financial partners. Her findings led her to change the strategy: she hired a new, less expensive investment firm that actively manages investments, encouraged city departments to invest their money, and pursued secure, higher-yield investments.

“Previously, we evaluated their lending habits, but that’s only part of bank’s business,” Jones said. “What about workforce diversity, locations in underserved areas, and performance within the Community Reinvestment Act?”

Jones’ office reported that the return totaled to nearly $20 million, “and counting.” She used a similar approach in managing bank fees for parking transactions, which saved the city $150,000.

Now, Jones is continuing in her efforts to encourage banks and credit unions, who hold the city’s money, to “do more.” She will be evaluating how impactful the relationships are for the city and its residents.

As a chairperson of the city’s Funds Committee, which includes Mayor Lyda Krewson and Comptroller Darlene Green, Jones, Krewson, and Green’s votes determine which financial institutions can hold the city’s money.

“I will use this committee and my position to get the best service for the city, and investment in the community, from our financial partners,” Jones said. “It’s time for both the city and our partners to do more.”

Additionally, Jones also looks over the data from the Home Mortgage Disclosure Act (HDMA) and asking banks if they are delivering on any of the recommendations that were given by the Forward Through Ferguson report.

The Treasurer’s Office of Financial Empowerment, which was started by Jones, offers free workshops, classes, and credit counseling. Financial partners have the ability to help with those programs as part of their community reinvestment.