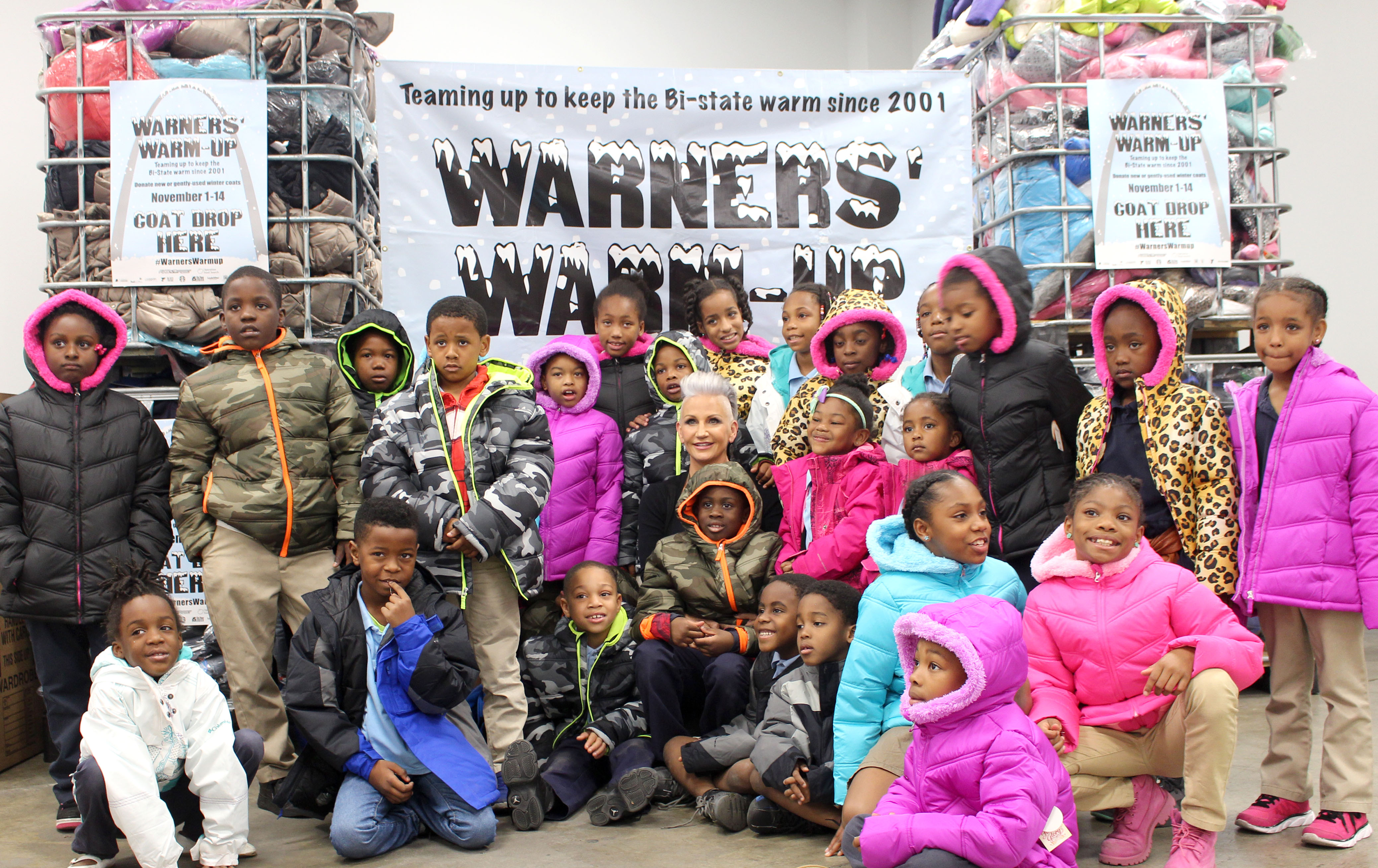 ST. LOUIS, Mo. – The Warners’ Warm-up Coat Drive is back for their 18th year in the St. Louis region.

After 18 years since its inception, 14 years since Kurt and Brenda Warner left St. Louis and 240,000 coats later, the coat drive has become a dependable resource for men, women and children in the bi-state who are in need of assistance.

“We believe in the generosity of St. Louis to help us bless thousands more people with this year’s drive,” Mr. Warner said.

Warner, Hall of Famer remembered in St. Louis for leading the St. Louis Rams to a Super Bowl Championship in 1999, started the First Things First Foundation with his wife, Brenda in 2001. The Kurt Warner First Things First Foundation is a 501(c)(3) public charity that creates and implements programs and projects for ill children, building recreation centers in children’s hospitals and rewarding single parents as they achieve the dream of homeownership.

Warner said that Kurt signed a big contract, giving their family more money than they needed, and they wanted to use the money to find a way to help others and change lives. She said that whether they are families with special needs children, have lost a loved one or are trying to make ends meet, they wanted to help.

“We wanted to connect with people and let them know that people care, that we care,” Warner said.

This year, the foundation, in collaboration with Operation Food Search, is teaming up with FedEx Office, LookAfter Hair Company, A-Mrazek Moving Systems, USAgain, Mattress Firm, U-Haul, 5 On Your Side and participating Starbucks, Credit Unions and police stations in both St. Louis and Southern Illinois – to rally the bi-state community to donate to the coat drive for those struggling this winter season.

The community-wide drive will be held Thursday, Nov. 1st through Wednesday, Nov. 14th. Like in past years, Metro St. Louisans are encouraged to donate new and/or gently-used winter coats. The coats will be distributed to schools, homeless shelters and other social service agencies throughout the bi-state region this winter by Operation Food Search.

The foundation noted that while winter coats of all sizes and shapes are needed, the greatest need is for children’s coats. Monetary donations are all encouraged and accepted via the First Things First website – a $15 donation will buy a new winter coat for a child in need.

“It’s hard to believe we’ve been doing this drive for 18 years with approximately 240,000 coats distributed to the bi-state,” Warner said.

Warner said that 18 years ago while Kurt was playing for the Rams, she was with her kids at the bus stop and looked over and noticed that there were many children at another stop that did not have weather appropriate clothes on. She said that she made a call and requested that they do something to help people get the things they needed.

First Things First Foundation is also inviting other businesses, schools and organizations to host their own coat drive. Those interested can visit www.kurtwarner.org or call 877-FIRST 13 for more details.

In the first three years of the coat drive, the collection was held prior to a Rams game at the Dome where an average of 10,000 coats and $5,000 was collected annually from Rams fans. Those coats were donated to social service outreach centers, homeless shelters and schools across the metropolitan region by Operation Food Search.

In 2004, with Warner’s departure from the Rams, the drive expanded to a community-wide effort with an average of 15,000 coats collected each year. In 18 years, Warners’ Warm-up has become an important community resource for thousands of bi-state residents who are in need of proper winter outerwear, according to the foundation.

All of the foundation’s projects are centered on the Warners’ life theme of putting faith and family first. The foundation’s efforts have expanded in St. Louis, Phoenix and Iowa, the Warners’ home state, in order to bless and improve the lives of families in those areas.

“Every place that we have laid our heads in our homes, we want to make a difference in our community,” Warner said. “Kurt and I are originally from Iowa and then we spent some time in St. Louis and we have lived in Phoenix longer than we lived in St. Louis. Wherever we go, we take [the foundation] with us.”

Operation Food Search (OFS), the largest distributor of free food and household items in the bi-state region and co-founder of Warners’ Warm-up, will distribute the coats to men, women and children in the Missouri/Illinois metropolitan area who need them most.

“Warners’ Warm-up has continued to shine a light to the needs of so many living in poverty,” Sunny Schaefer, Executive Director of Operation Food Search said. “The coats collected do much more than provide warm outerwear for people. They let them know others care.”