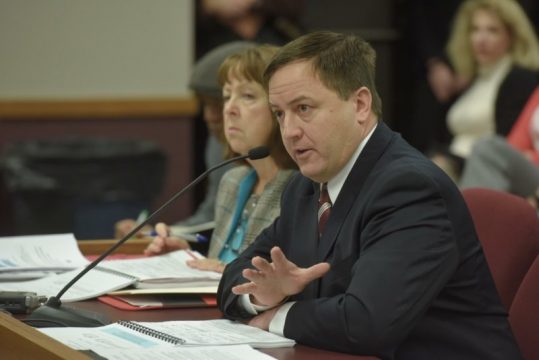 The company’s headquarters is located in Rolla and facilities in Missouri are located in Vichy and Springfield. Brewer also operates facilities in France, Germany, United Kingdom, China, Japan, Korea and Taiwan.

Ashcroft met with Dr. Terry Brewer, founder and president of Brewer Science, his leadership team and toured the Vichy facility.

“As an engineer myself, it was a wonderful experience to visit Brewer Science,” Ashcroft said. “Dr. Brewer’s commitment to Missouri is genuine, and to tour the manufacturing facility and see how they operate was a great opportunity.”

From Vichy, Ashcroft visited county clerks in Osage, Phelps, Pulaski and Maries counties – concluding the second straight year that he has personally visited every county and succeeded in visiting each of Missouri’s 116 county clerks and election authorities in 2018.

In addition, he has had discussions with election officials at conferences and events throughout 2018, including the National Election Security Summit he hosted in St. Louis in September.