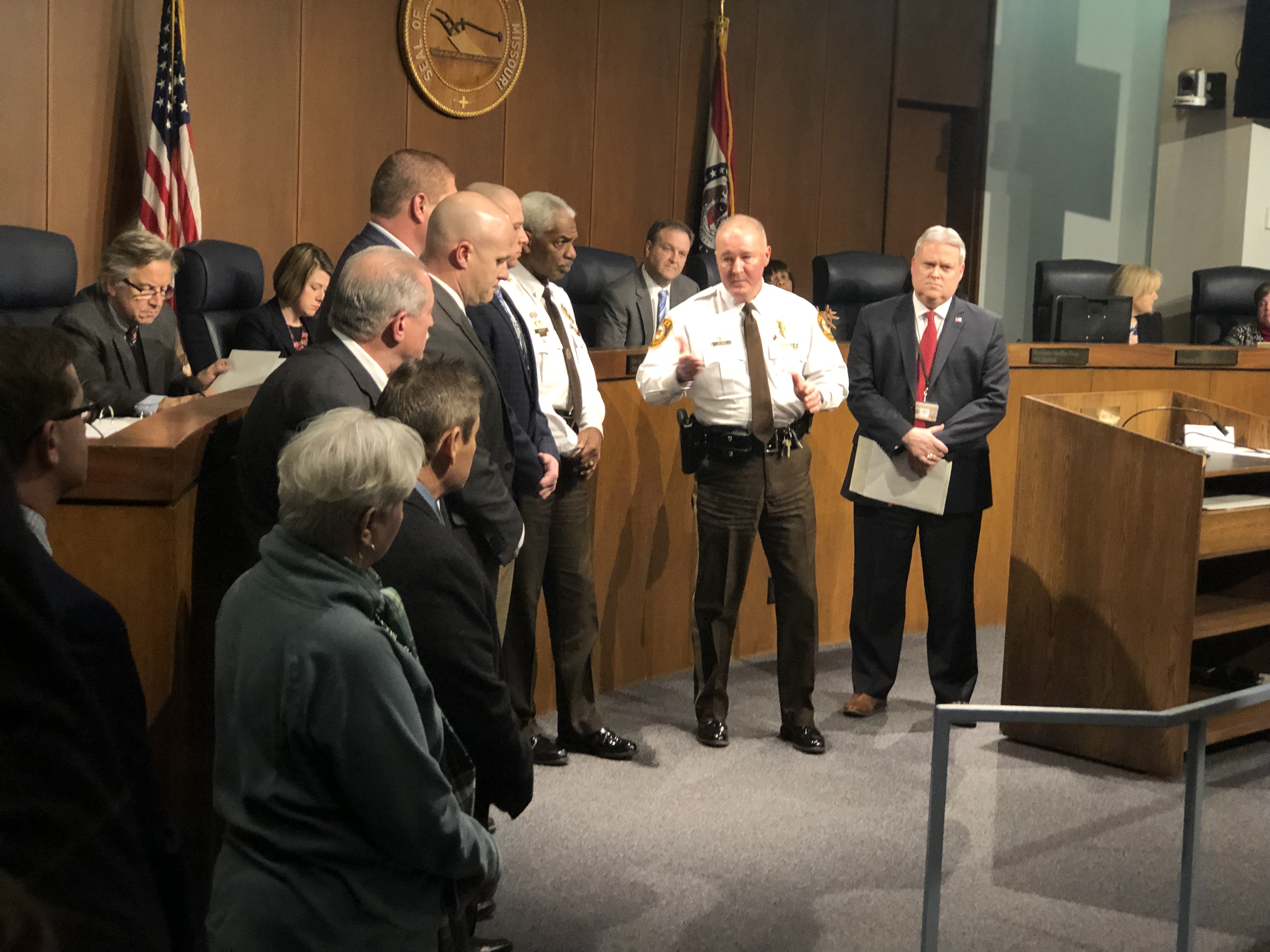 CLAYTON, Mo. – The St. Louis County Council members suspended the rules at Tuesday night’s meeting for the adoption and presentation of a resolution.

Introduced by Councilman Tim Fitch of the 3rd District, the resolution was read, expressing the council’s gratitude towards Belmar and the officers for their dedication to keeping the community safe.

“These are just a few of the individuals that were responsible for this case, but these are some of the key individuals,” Belmar said.

Fitch noted that the crime occurred in the district which he represents. He said that until the police caught the suspect, it had stopped his wife from shopping.

“That’s how this affected our community,” Fitch said. “The fact that you solved this so quickly was very, very important to the community. Thank you for all of the work that you do, not just on this case but every day.”

Fitch also thanked the commissioners for their oversight of the police department, saying that they also had an important part in the case as well.