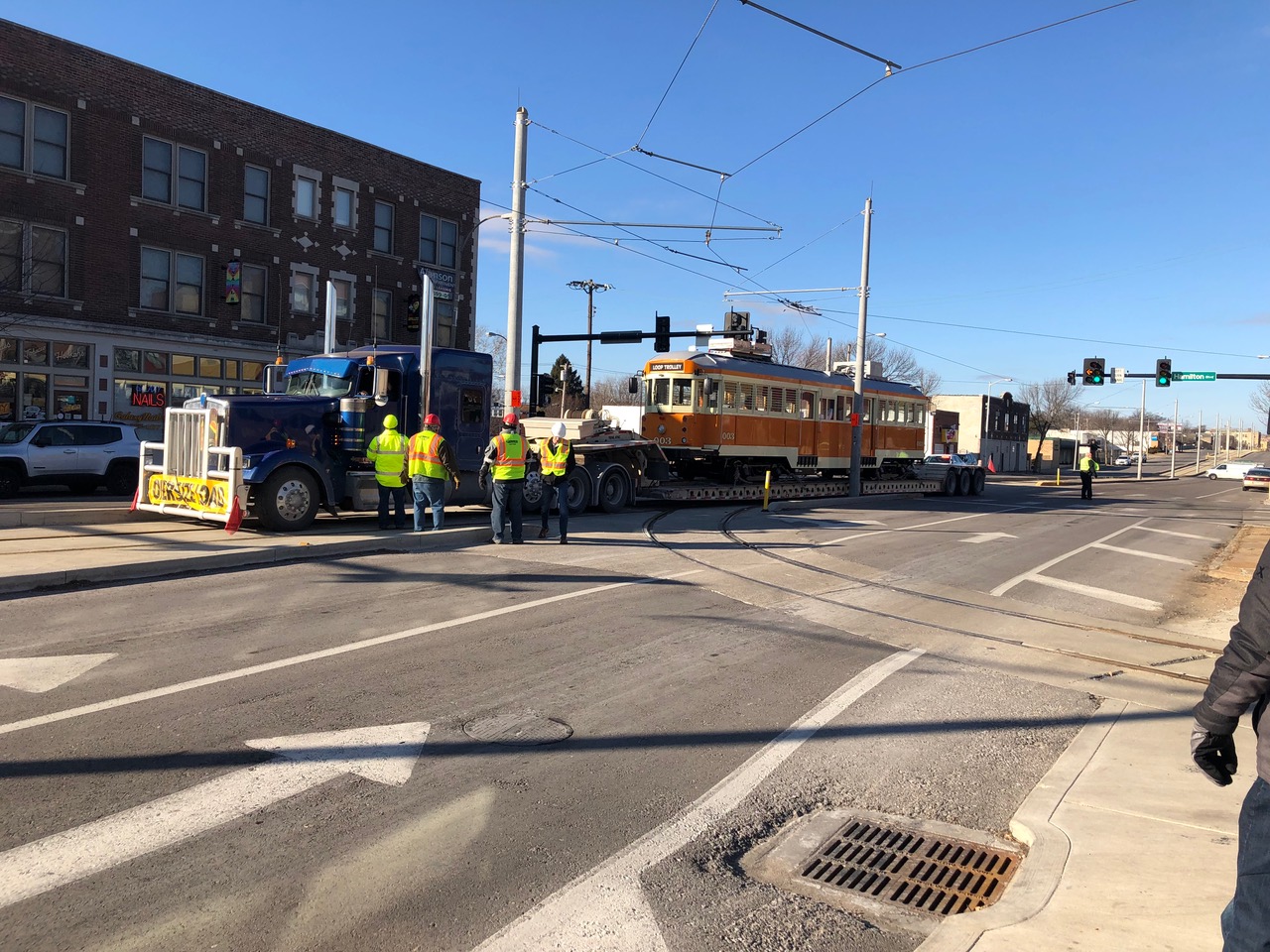 After the car’s required safety testing and operator training is completed, it will be available for service. Delmar Loop visitors will notice an orange car marked “testing” passing by on the loop tracks.

Kevin Barbeau, executive of the Loop Trolley Company, said that following the post-delivery inspection and training, the company will begin testing the car.

“Due to the stop-and-go nature of this testing, most test activities will occur in the early morning hours,” he said.

The third car, built in the 1920s in Melbourne, Australia, has the capacity of 100 passengers, 50 seated and 50 standing.

Delmar Loop’s trolley system is a 2.2-mile fixed-track that runs from the University City Library, near Kingsland Avenue east on Delmar Boulevard, to DeBaliviere Avenue and then south on DeBaliviere to the Missouri History Museum in Forest Park and back.

Currently, with two cars in service, the Loop Trolley Company operates Thursday through Sunday. Edwards said with three functioning trolley cars the trolley system will have the ability to be in service seven days a week and provide a non-stop connection between the Loop and Forest Park as well as 13 million annual visitors.

“Once the third car is ready for service, the three cars will rotate so there is always one car on standby,” Barbeau said.

The cost to ride the trolley is as follows:
$2, two-hour pass
$5, all-day pass
Reduced fare, seniors; children; passengers with disabilities

The Loop Trolley system project cost $52 million which was solely spent on transit, including the $25 million grant from the Federal Transit Administration. Sixty-five cities across the nation competed for the grant and St. Louis was one of six cities to receive it.