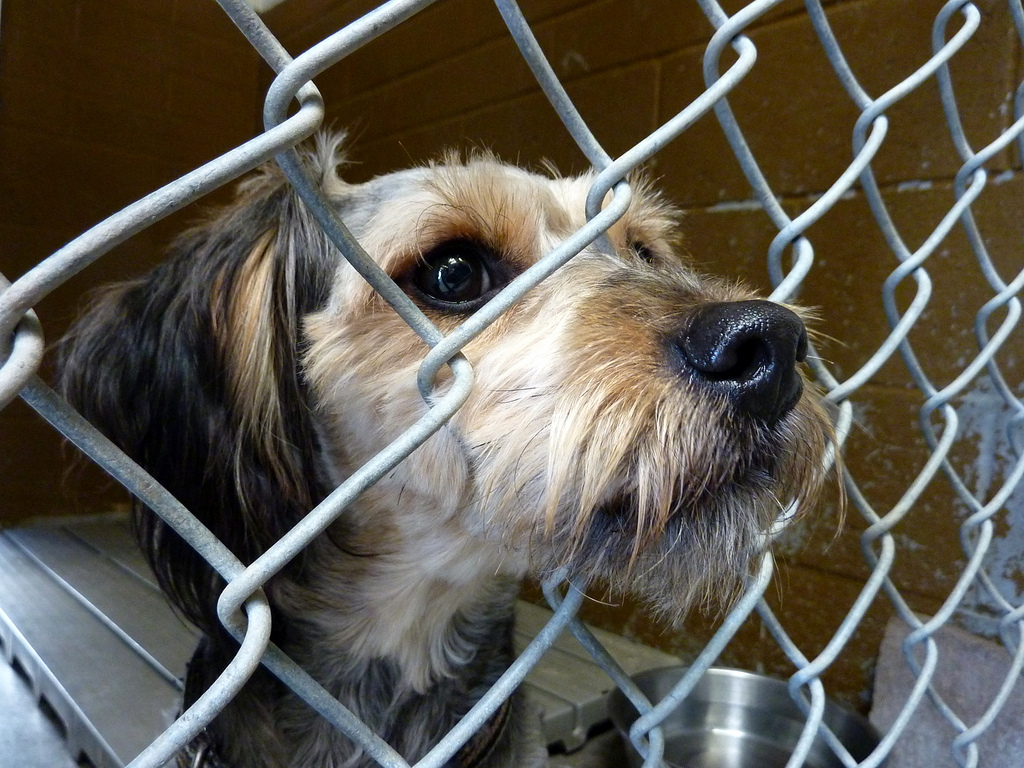 Wasserstrom said that she first started volunteering at the center because she wanted a place that she and her three teenagers could volunteer at together.

“In addition to working in health care,” Wasserstrom said. “[I] volunteer at the shelter nearly every single days, over 20 hours a week. And like many volunteers here tonight, I also put in about 10 hours a week at home.”

During the summers, Wasserstrom and her family are able to help the adoption center by giving about 40 hours a week of their time to take care of the animals and walk the dogs.

In the early months of 2018, St. Louis County Pet Adoption Center had an interim director shift in which Lee Jackson was returned back to his Operations Manager position.

“He did a great job with limited tools that he was provided,” Wasserstrom said. “Our euthanization rate was low and everyone was working hard.”

Jackson, a temporary replacement for former director Beth Vesco-Mock in March 2018, reportedly has many years of experience in the shelter. When searching for a new director, Councilwoman Hazel Erby and County Executive Steve Stenger were not in agreeance on whether the director needed to have veterinarian experience or not.

“[Lee] knows that improvement must be made by addressing the most basic needs of the animals,” Wasserstrom said. “He is not a man of many words, but the words he says are always, ‘Thank you, we couldn’t do this without you guys.’”

A story broke out on March 15th of two dogs dying at the center from canine parvovirus, a common and highly contagious disease similar to the flu.

“When the story broke out,” Wasserstrom said. “We had twelve staff vacancies, no veterinarians on site and only one vet tech.”

The volunteers at the center rolled up their sleeves with the rest of the staff members and took care of over 40 lethargic dogs who were vomiting and often having explosive diarrhea, reported Wasserstrom.

Now, eight months after the virus outbreak, the center is still provided a large amount of basic animal care with little staff members.

“We still have 300 animals in the shelter with a very high burden of care,” Wasserstrom said.

Volunteers are currently providing the same about of care that the staff members are doing with 1600 hours a month of walking, kenneling, adoption assistance and shelter care. Money is still being spent on medical care, toys and basic supplies, but the fact of the matter is that the center is understaffed.

“The staff needs help, we need help,” Wasserstrom said. “It’s embarrassing in this area to have a county entity that depends on teenagers showing up to volunteer.”

When Jackson returned back to his former position as Operations Manager, Katrin Utz stepped in and as interim director.

Wasserstrom noted that the director position is a hard job and while she knows that everyone at the center is doing the best that they can, the price of placing an inexperienced person in a director position has resulted to 100 animals dead within the past month.

“Despite these pages of all this stuff that the volunteers did in 2018,” Wasserstrom said. “The animals are still dead.”

Councilman Mark Harder said that the comments from the volunteers disturbed him.

“I think we had a problem there and we thought we cleaned that up,” Harder said. “To have it announced that there was 100 animals that were euthanized is disturbing.”

Harder’s assistant, Chris Howard, is supposed to be looking into the claims and the time frame of the claims and report back to the council per Harder’s request.

“We’ve got to have the right people in the right place in the organization,” Harder said.