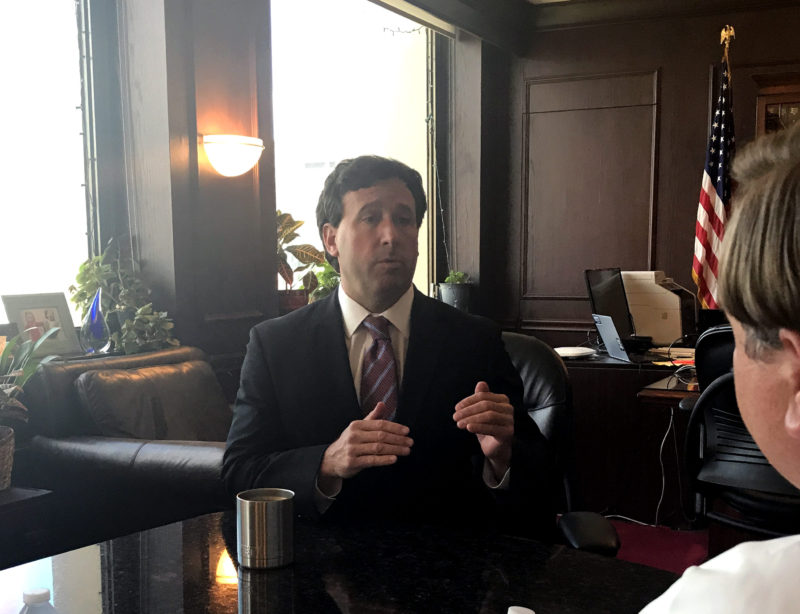 CLAYTON, Mo. – St. Louis County Executive Steve Stenger is joining government leaders across the metro to end homelessness for veterans by Veterans Day, November 11, 2019. Stenger announced his part in the effort on Monday.

“Fighting homelessness has been a priority of our administration,” Stenger said. “No veteran who has served our country deserves to live on the street.”

The initiative was organized by the St. Louis Area Regional Commission on Homelessness. Those involved in the effort include representatives from the City of St. Louis and the Missouri counties of Franklin; Jefferson; Lincoln; St. Charles and Warren. Madison and St. Clair counties in the Metro East are also joining the effort.

To help in the efforts of ending homelessness among the veterans in the region, the Commission will be using the “Built for Zero” model. According to the Executive’s office news release, the model, which was coordinated by Community Solutions, will use real-time data in order to identify and engage homeless veterans in the area.

In addition to identifying and engaging veterans, “Built for Zero” will also help to coordinate leadership from the governmental, private and philanthropic sectors.

According to the news release, the model has established a record of success. Through the program, over 96,000 people across the nation have found housing, including over 60,000 veterans, since 2015.

Stenger said the development of a regional system will give the region an opportunity to ensure that veteran homelessness is a rare and brief occurrence.

“Lessons learned in this effort can be brought to bear in resolving homelessness on a broader scale,” he said.