Galloway pulls out victory over McDowell in State Auditor race 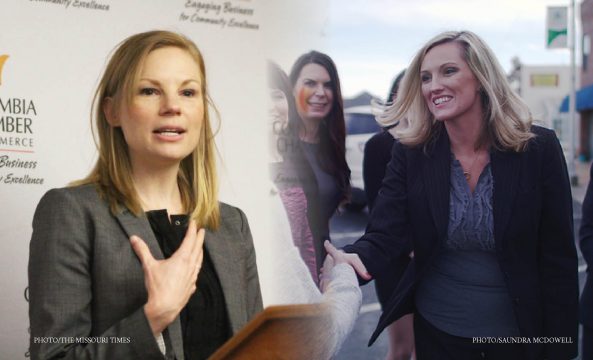 JEFFERSON CITY, Mo. — The Missouri State Auditor’s Office will remain the sole statewide elected office held by a Democrat and a woman.

On Tuesday, Democratic State Auditor Nicole Galloway pulled out a narrow victory over Republican challenger Saundra McDowell Tuesday night, retaining the place she was appointed to in 2015.

Galloway, the only certified CPA in the race, was appointed as state auditor in 2015 following the death of Tom Schweich. Sworn into office at 32-years-old, she became the youngest statewide official in Missouri.

Prior to her tenure as auditor, Galloway served as Boone County treasurer since 2011 when she was appointed to fill a vacant post — she won re-election in 2012.

McDowell, who emerged from a four-way primary as the GOP’s nominee, was Galloway’s main challenger. Though the Republican candidate was unable to match the fundraising totals of her opponent.

An Air Force veteran and lawyer who worked for the state, McDowell faced scrutiny for her personal finances and residency issues.