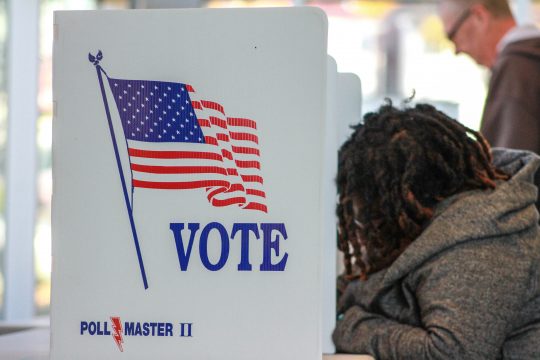 Proposition D, which would have gradually increased the state’s motor fuel from 17 cents to 27 cents over four years, was voted down 46 percent to 54 percent on Tuesday night.

“The election outcome is disappointing, but seeking new funding for Missouri’s proven critical infrastructure needs was still the right thing to do,” said Scott Charton, the Communications Director for SaferMO.com. “There will be time to analyze the election results, but for now, the people have spoken. Election Day is over, but MoDOT still has a job to do. That job is even more critical, because the need for resources was real before Election Day and that need remains. We are confident MoDOT will do the best it can with what it has for safety and to take care of the system. Meanwhile, this campaign’s conversation about how to do better cannot end. The safety of Missourians and our economic future depend on it.”

Amendment 1 — which will impose gift limits for legislators, lower campaign contribution limits, change the length of time required before becoming lobbyists, and change the model for drawing districts — was given voter approval. The measure passed with 62 percent of the vote.

“We are thrilled that Republicans, Democrats, and independents came together to clean up Missouri politics,” said Nimrod “Rod” Chapel, Jr, president of the NAACP Missouri State Chapter and treasurer of Clean Missouri. “Thousands of Missourians from across the state came together to put Amendment 1 on the ballot, and then thousands more joined the fight to pass Amendment 1. It’s truly a great day for Missouri.”

“Republicans, Independents, and Democrats from across Missouri turned out to help workers, businesses, and the state’s economy by voting to raise the minimum wage,” said Carl Walz, Campaign Manager of Raise Up Missouri,which ran the campaign to pass Proposition B. “Today’s strong show of support sends a clear message that Missourians believe that no one who works full time should have to live in poverty and struggle just to raise their family and that it is well past time to give low-wage Missouri workers a raise.”

Amendment 4 was a referendum sent to voters by the General Assembly and was given 52 percent approval.

Of the three medical marijuana questions on the ballot, only one was given voter approval. Amendment 2 passed with 65 percent of the vote while Amendment 3 and Proposition C failed.