Governor Parson addresses the City of St. Louis Board of Aldermen 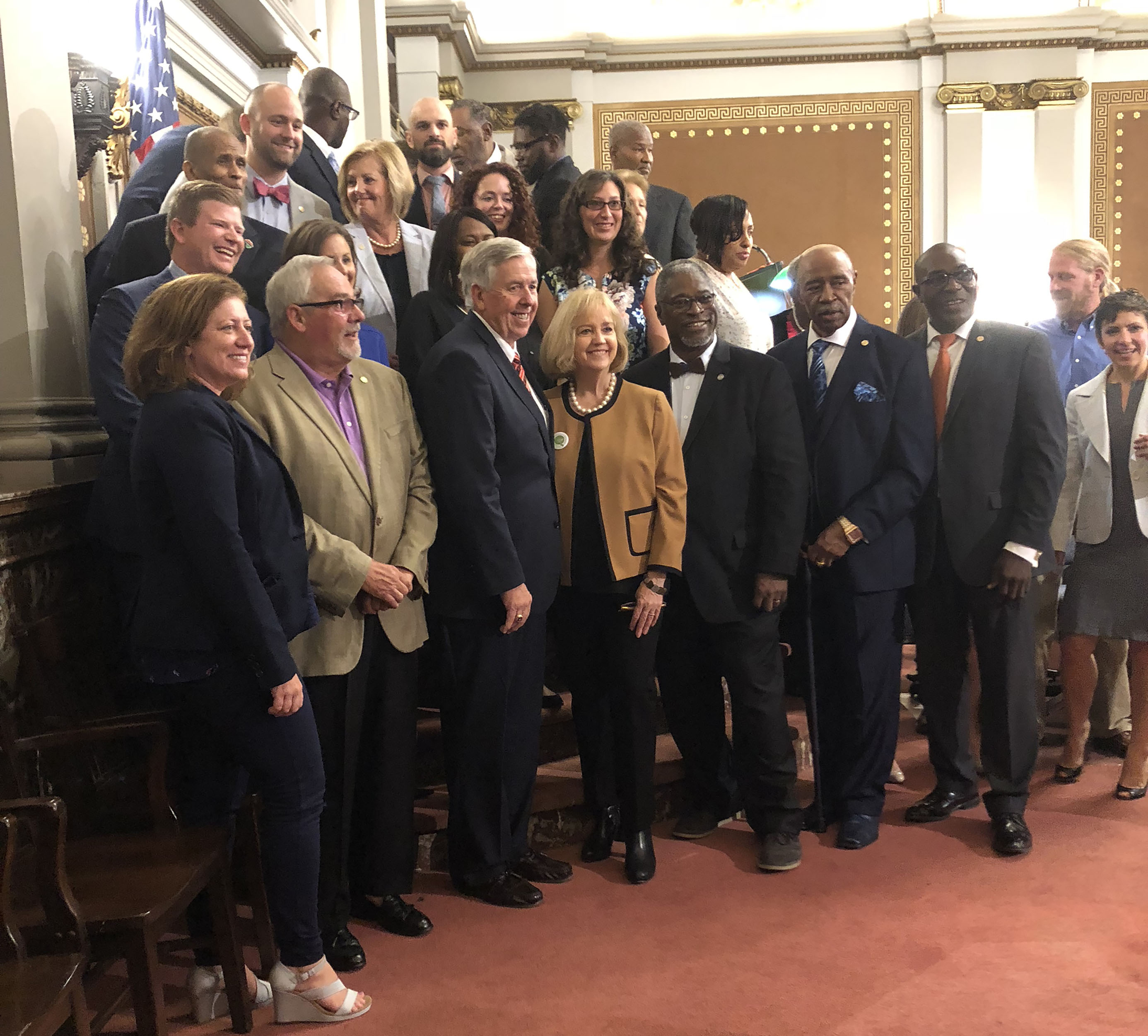 Both Krewson and James took a moment to address the Board of Aldermen. James thanked the board for the opportunity to address them in their chambers. 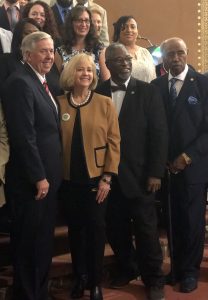 “The very interesting thing about being together with Mayor Krewson and the Governor,” said James. “Is that it is exactly the way the government is supposed to act. We are not supposed to be fighting amongst ourselves. We should be trying to find sustainable solutions for the chronic problems.”

James said that St. Louis and Kansas City are two of the most important cities in the state. “We are economic engines. We provide jobs, we provide housing, we provide educational opportunities,” said James. “And all of those things need to be done at a much higher level so that we are able to reach everybody.”

“[Parson is] a man who I think is one that we can talk about issues with and have a reasonable measured conversation and reach compromises in situations that make life better for the people in this city, my city, and the rest of the state of Missouri,” said James, introducing Gov. Parson to the stage.

Parson took the stage and said what an honor it was for him to be in their house and their chamber.

“As I become Governor of the state of Missouri,” said Parson. “One of the things that was most crucial to me was to be able to build relationships.” Parson said that everyone in the chamber knows that the only way to become successful leaders is through the relationships that you establish along the way.

Parson said that it is important that he is able to share his vision with both mayors, as well as listen to their visions about their cities and how important both of the cities are to the state.

“They’re critical to the state of Missouri,” said Parson. “What you do here matters.” 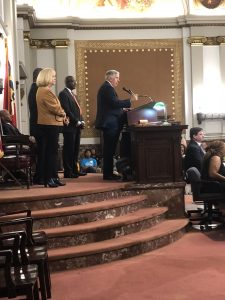 Parson acknowledged that not everyone is going to agree with each other all of the time. He won’t agree with some of the City’s Board of Aldermen actions and they will not always agree with his actions.

“But I will tell you this. If we will be open-minded with one another, there will be many, many things that we will agree on,” said Parson “That will be the best thing in the world for the state of Missouri. And we should all focus on that.”

Parson said that as a parent and grandparent, the two items that he has spoken about since he has become Governor are the two most important items to him: infrastructure and workforce development.

“If you want to take Missouri to another level that’s how we will do it,” said Parson. “Working together for those two things.”

“You can take the Mayor and Governor titles away,” said Parson. “But what you will always remember is that we are no more and no less than public servants. We’re working for all the people standing around this room. We’re working for these kids over here.”

Parson believes that they should have the same opportunities that people do now.

“The only way that we get that done is all of us working together,” he said. “That’s why I’m working with these mayors. And it’s why I respect both of them for what they’re doing in their cities. Because I’ve had the opportunity to be with them, to know who they are. They are both public servants, just like me. We’re just trying to make things better.”

Parson told the City Board of Aldermen that it is an honor and privilege for him to be the 57th Governor of Missouri.

“There is nobody more humble than me to have that title,” Parson said. “I have a short window of time to get things done. And the only way I get things done is with all of you. Working together, working with these two mayors, working with people all over the state to make the things we agree on, because that is what I want to focus on.”

Parson said that he does not want to argue and fight, he knows that Missouri is better than that. He believes that Missouri can stay focused on the issues at hand and work together to make things better for the communities and the state.