Nasheed calls for withdraw of Better Together ballot initiative 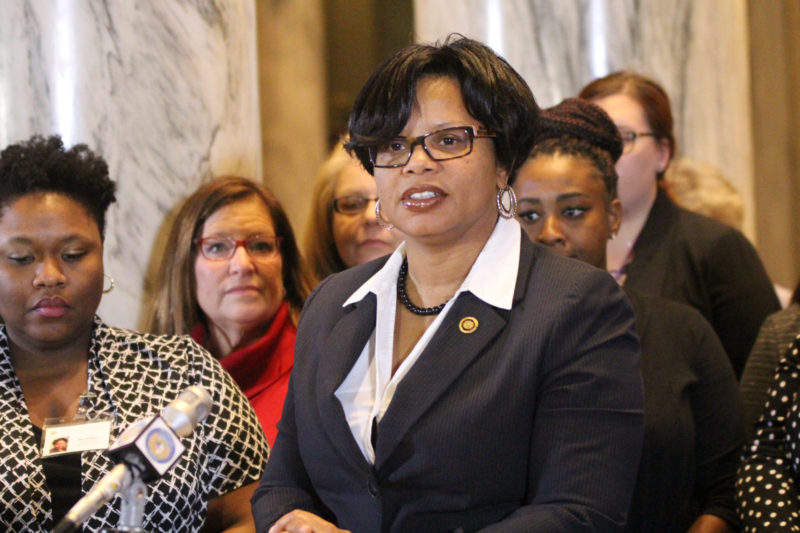 With the acknowledgment of those two matters, State Senator Jamilah Nasheed, D-District 5, says she believes it is in the best interest of the city and region that the Better Together ballot initiative be withdrawn.

“The conversation surrounding Better Together is no longer about the controversial proposal itself, but the controversies of the people involved,” Nasheed said. “These distractions rob our citizens of the fair and thoughtful discussion we deserve regarding regional unification.”

Stenger was indicted by a federal grand jury last week. The undercover investigation showed that political favors had been traded for campaign contributions. On Monday, Stenger resigned shortly after the indictment was unsealed.

“Simply put, the Better Together proposal has been tainted by these developments and it must be pulled back and revisited at a later date after a more transparent, inclusive, and collaborative process,” Nasheed said.

Additionally, the County Council held a special meeting on Monday to elect a new County Executive who will serve the rest of Stenger’s term until the 2020 election. Dr. Sam Page, council chairman, was elected in a 5-1 vote.

Council vice chairwoman Hazel Erby, D-1st District, had also been seeking the position, sharing that she had seniority in county government. She voted against the election of Page, while he abstained.

“I look forward to working with County Executive Page and members of the St. Louis County Council as our region moves forward for the betterment of all its citizens, families and businesses,” State Senator Brian Williams, D-District 14, said.

Nasheed also shared that she will continue working with the region’s elected officials, civic leaders, and community members to achieve the shared goal of establishing a thriving community that lifts up all of its people.