What is going on in Missouri’s local government? 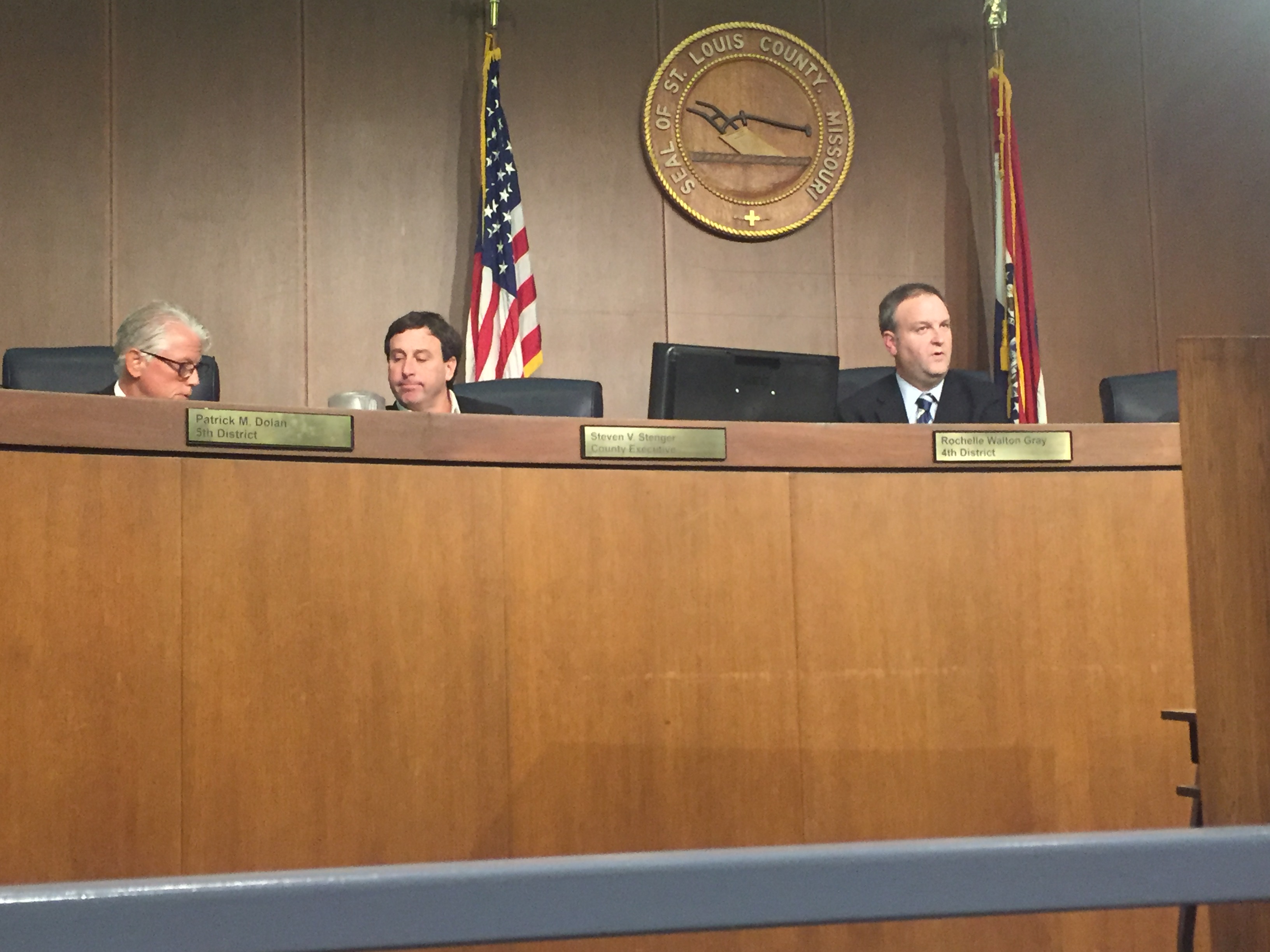 CLAYTON – With a subpoena issued to St. Louis County Executive Steve Stenger and a 27-month sentence issued to Jackson County Executive Mike Sanders, there is one question to ask: why is there so much corruption in local politics?

On Thursday, March 21, a three-page federal subpoena was issued to St. Louis County. The three-page document ordered that the County must hand over Stenger’s call history, texts, and emails with current and former county employees in relation to all contracts awarded by county departments and agencies.

On behalf of his communications department, Stenger sent out a statement in regards to the subpoena on Monday.

“With respect to the issuance of a subpoena to County government, we intend to provide all of the information requested and cooperate fully,” he said.

In 2018, Sanders was sentenced to 27 months in federal prison by Judge Roseann Ketchmark.

Ketchmark referred to Sanders’ crime as “rooted in public corruption,” according to The Kansas City Star.

Sanders was found guilty to one count of conspiracy to commit wire fraud, spending thousands of dollars in embezzled campaign funds. He reportedly used the stolen money to pay for trips, wine, and carry out political tricks.

What is happening in the Show-Me State’s two largest metropolitan regions?

“Normally, it’s very hard to prove corruption because there has to be an explicit pro quo, and you have to show that a politician took an action because of a corrupt relationship with an outside influence,” Todd Swanstrom, Des Lee Professor of Community Collaboration and Public Policy Administration, said. “What’s striking about these cases is that, especially in the Jackson County case, the participants were pretty brazen, or sloppy.”

While the community is unsure of what happened in St. Louis County, it is clear that something is going on. However, in the Jackson County case, it was proven that there was clear guilt.

With the two metropolitan counties, Swanstrom said it appears that both politicians have become “sloppy.” He also noted that the corruption going on is individually-centered, crimes done were made solely to benefit individuals.

“To me what’s going on is the weakness of political parties,” Swanstrom said. “It sets up an atmosphere where this individual-level corruption could be much more rampant, and I think it’s much more damaging.”

There could a “political machine,” establishing that relationships are being built up basically as transactions, not between different groups around political parties. In this instance, the corruption is organized and limited by the need to strengthen the party, not enrich the pockets of individuals.

“It’s not a strong party with somebody at the head of it, it’s really conflicted,” he said. “As a result, I think that may encourage people to turn to this kind of behavior which is tied to candidates, not to party structures. It’s candidate-centered, or individual-centered.”

Individuals are “scrambling” to acquire power within the individual-centered structure, and without a strong policy agenda or organization. Money is then used as a way to motivate support and weak parties potentially provide an atmosphere where the “rampant, rotacious individualism” of transactional politics thrives.

“We normally think of the cities as the basins of municipal corruption and the suburbs are squeaky clean,” Swanstrom said. “The suburban St. Louis County, I have to be tentative here because we don’t know for sure, seems to be characterized by machine type politics that we normally associate with big cities, not with suburban counties.”

The movement in this case, for St. Louis County, is that corruption is moving into the suburbs which typically has reformed governments and city managers, but still is not “immune” to the behavior currently seen.

“It’s always tempting to use the powers of government to perpetuate your power,” Swanstrom said. “You need to have a culture that supports good government and that frowns upon this kind of behavior. But if you don’t have strong political parties and organizations to motivate people to vote for you, how do you put together a coalition that’s all transactional politics? It’s all about the deal, and that seems to be what’s happening.”