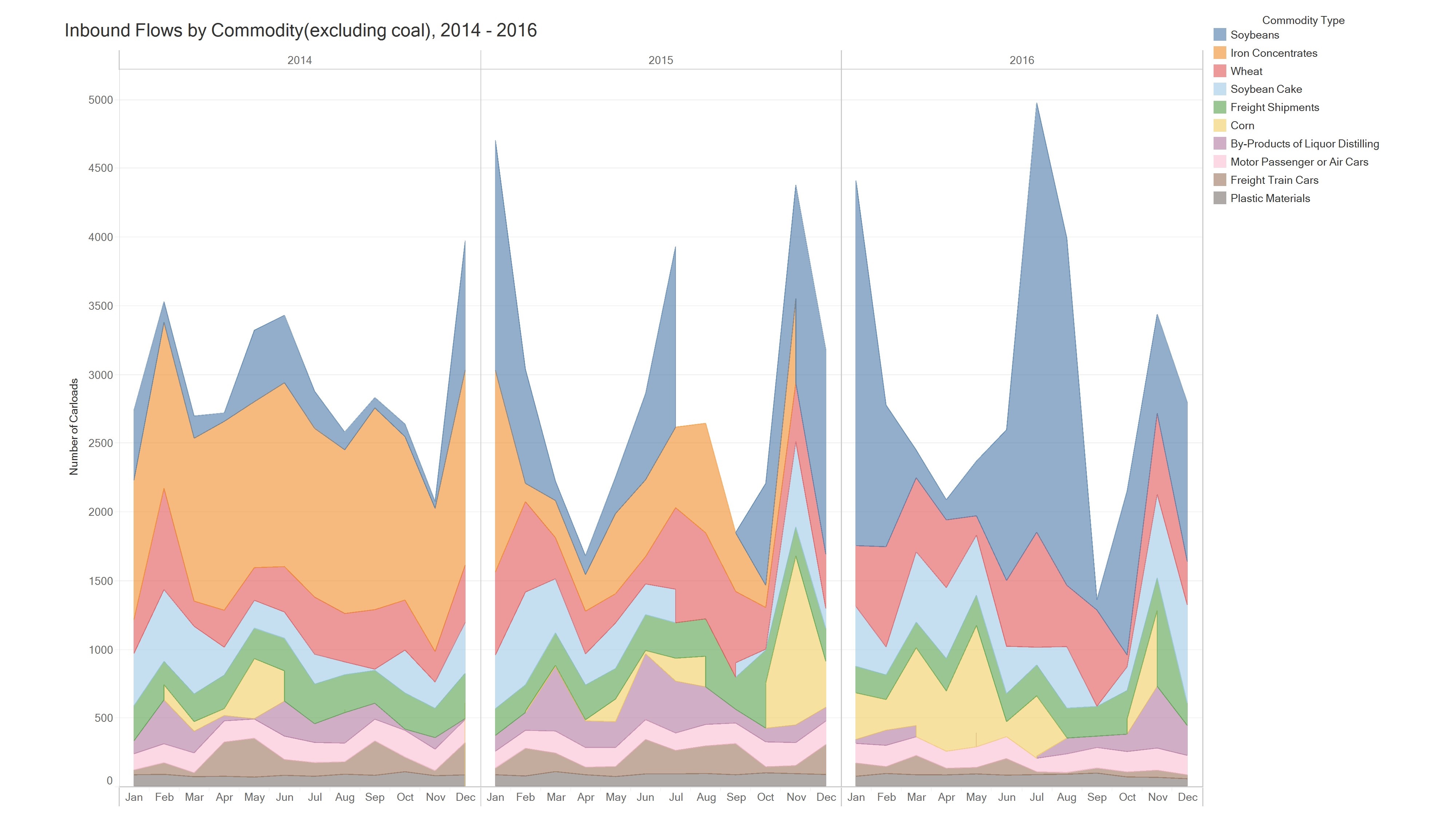 ST. LOUIS – The St. Louis Regional Freightway gathered data indicating a “tremendous” shift in what has been flowing through the region’s freight network.

Last week, the St. Louis Regional Freightway announced that in recent years different commodities have moved by the thousands of tons or “slowed to a trickle” at varying times. Commodities include iron ore, steel, soybean, and plastics.

While the shifts have been big, they have gone unnoticed, occurring without negative effects on the region’s economy. The St. Louis Regional Freightway said this is because of the flexibility in the region’s “world-class” freight network, which has allowed the network to adapt “seamlessly.”

“As a global freight hub, it’s only natural large quantities of different commodities flow through the St. Louis region. What’s surprising is the dramatic shifts in the types of commodities moving through the bi-state area in recent years and the origins of some of those commodities,” Mary Lamie, executive director of the St. Louis Regional Freightway, said.

Reportedly, the data gathered revealed that the biggest shifts were the result of changes in the global steel market, occurring in 2014. The shifts caused a slowdown in production at U.S. Steel’s facility located in Granite City, IL. In 2015, the idling of the plant led to a “sharp” drop in inbound iron ore flows.

According to Lamie, no matter what type of commodities were flowing or where they were flowing from, the region’s freight network accommodated the shifts in both the national and global freight environments.

While the unexpected absence of freight movement had the potential to leave large segments of the region’s network underutilized, freight and logistics leaders were said to have adapted to accommodate an increase in carloads of soybeans, among other bulk agriculture products, that were moving through the region during the same time. This ensured that the bi-state area’s freight economy would not be impacted by sudden changes to market conditions.

Mike McCarthy, president of the Terminal Rail Road Association (TRRA), said most of the impact on different commodity movements and traffic volumes originates outside the St. Louis region because the area is one of the nation’s largest freight hubs.

“National and international shifts that we have felt have been brought by things such as spikes of crude oil shipments, sand movements for fracking oil and natural gas, natural disasters, as well as the opening and closing of steel production facilities,” McCarthy said. “Just when you think you have it figured out, the game changes.”

Now that idled facilities at the steel mill located in Granite City has been reactivated, the game has changed, according to the St. Louis Regional Freightway. The data gathered and news reports have indicated the capacity of the steel facility should be almost double what it was in 2014. TRRA has also added 15 positions in addition to filling a vacant management position in hopes to keep up with the increased traffic that is related to the renewed flow of inbound iron ore and outbound finished steel products.

The St. Louis Regional Freightway shared that it is continuing to carry large volumes of agriculture commodities, despite the uncertainty of the evolving global trade war but because of it.

Freight industry leaders in the St. Louis region are remaining optimistic of the regional’s flexible and competitive freight network, sharing that it will continue to be utilized to reach new international customers while also having the ability to adapt to the unpredictability of the marketplace.