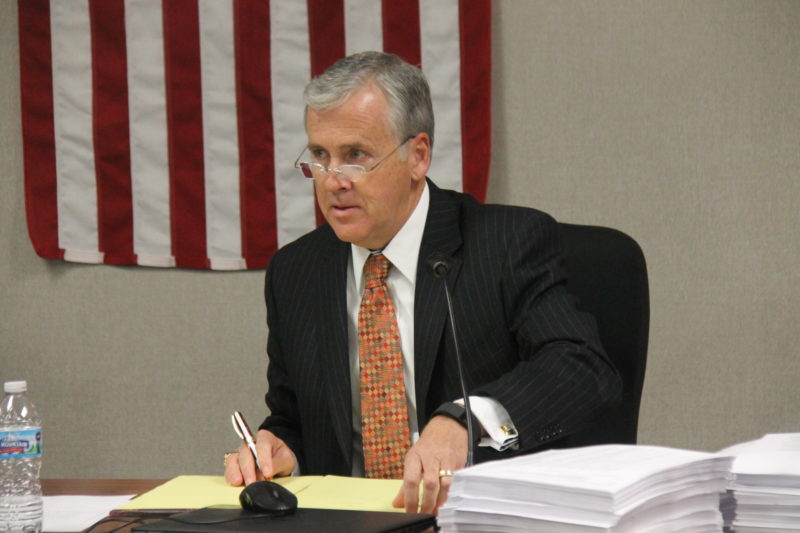 JEFFERSON CITY, Mo. — In a stunning turn of events, Missouri Governor Eric Greitens received a loss in his attempt to supplant the current Board of Education commissioner in the Show-Me State.

“I look forward to the focus returning to educating our children,” Commissioner Vandeven said.More than 50 superintendents from across the state attending the Jefferson City meeting on Tuesday to protest and show support for Vandeven, all of whom celebrated in the hallways with cheers on learning that the Missouri State Board Education failed to pass a motion to remove Dr. Margie Vandeven with a 4-4 tied vote.

After appointing five new members to the Missouri State Board Education, the Governor had hoped to use those new members to oust the current commissioner, Dr. Margie Vandeven, using a simple majority vote. President Charlie Shields, Vice President O. Victor Lenz, Mike Jones and Claudia Oñate Greim all voted against the measure.

The Governor’s plan to bring in his own school commissioner took some major turns along the way, as some of the new appointees changed their minds about whether to vote in favor of firing the commissioner. That led the Republican governor to withdraw the appointments – four in total since taking office – including the withdrawal of his latest appointment, Rev. Tim Sumners, who expressed concerns about removing Vandeven, and replaced him in the last hours with Jennifer Edwards of Springfield.

But a number of people have questioned the Governor’s move, in particular, whether the heavy-handed plays are even legal.

The Governor’s Office has maintained that his actions are within the confines of the law, saying that the Governor has the ability to appoint and remove board members before they’re confirmed by the Senate.

But opponents point to state statutes, which state that under the laws, “No member may be removed by the governor except after written notice and hearing on charges of malfeasance, misfeasance, or nonfeasance in the office.” (161.022.2)

Despite the fact that they had been removed by the Governor, the Board allowed both Sumners and Melissa Gelner to take part in the closed meeting discussion. Edwards, however, was the one who cast the vote

A number of organizations and educators expressed concerns over a closed-door meeting, with the attorney representing the school boards stating that the meeting violates the state’s open meeting laws. Duane Martin wrote a letter to the Board, stating that not enough notice was given to alert the public that a new member would be sworn in, a violation of the Sunshine Law.

President Shields stated that he believed the board acted within the confines of the law, telling reporters that Edwards had not been sworn induring the meeting.

Shields did say that the appointment process may need some work and that it may need to be resolved by a judge.

But for now, educators, officials, and school board members across the state seem to have a moment of relief, as Vandeven, for now, will remain.

“We are very pleased the State Board of Education has exercised appropriate authority by declining to make a hasty decision to remove the commissioner of education from her position,” Missouri School Boards’ Association executive director Melissa Randol said in a statement. “The State Board should now model the good governance practices we expect of our local boards of education by taking the time to do a thorough and systematic evaluation of the commissioner’s performance. It is critical that the independence of the State Board of Education be maintained so the board can make the best policy decision for the nearly one million students in Missouri’s public schools.”

“Backroom deals and hostile takeovers are the kind of Washington D.C. schemes that Gov. Greitens has brought home to Missouri. Commissioner Vandeven has achieved real results for the taxpayers of this state, which is why she’s so highly regarded by folks of every political stripe,” Sen. Gina Walsh said in a statement. “Thankfully, four State Board of Education members had the courage to stand up for Missouri’s school children and refused to be forced into a bad deal by Gov. Greitens. Missouri’s public schools have made tremendous improvements under Commissioner Vandeven, and I look forward to seeing those successes continue with her at the helm.”

Sen. Gary Romine, a Republican from St. Francis County, penned a letter in the days leading up to the vote, calling on the board members to abandon the plan for Vandeven’s removal.

Romine was among the crowd Tuesday morning at the Jefferson Building, waiting for the results of the meeting. Afterwards, he said that he was pleased with the outcome, but said that when it comes time for the Senate to take up the appointments in the next legislative session, there will be problems getting those appointees voted through.

“These folks are willing to make a vote on an issue that they were not informed on,” Romine said. “Anyone who is willing to do that doesn’t deserve to serve on this board.”

The next meeting of the State Board of Education is set for Friday, Dec. 1, in Jefferson City on the first floor of the Jefferson Building.

5,854 thoughts on “Greitens’ attempt to oust Board of Education commissioner flounders in tied vote”