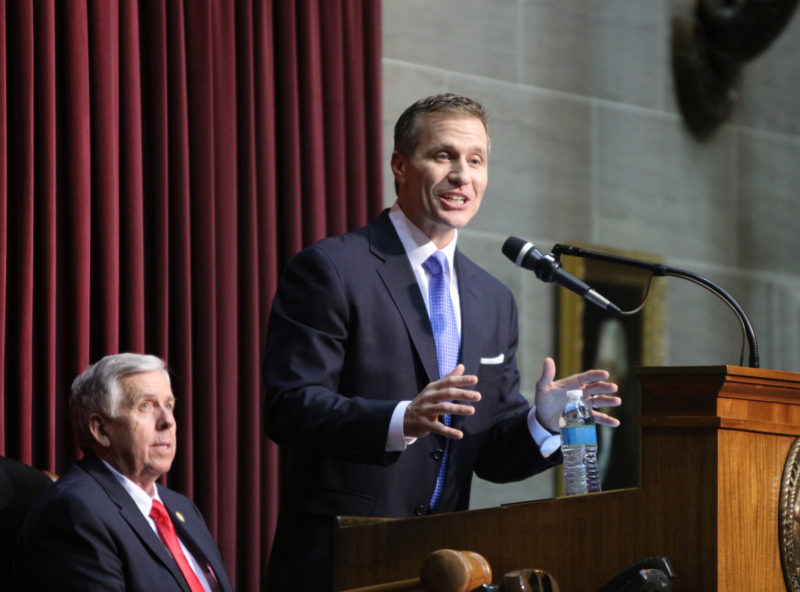 The governor’s statement comes after a tense hearing on Thursday morning in which his defense team accused Gardner and her team of withholding evidence and “gross misconduct and incompetence.”

Greitens tweeted on Thursday that “the prosecutor turned over a videotape of her interview with the woman. This was evidence that the prosecutor was legally required to turn over months ago. She purposefully kept it hidden until one hour after the false report was released.”

The governor also states that investigative report that was released on Wednesday did not contain the evidence that Gardner handed over on Thursday, and the allegations in that report will be refuted by facts, including the video, depositions, discovery, and other evidence that will be subjected to courtroom analysis.

Circuit Attorney Kim Gardner hid a video that she knew directly contradicted allegations in the House report, and she allowed her lead investigator to lie about it, under oath. pic.twitter.com/PSKGWAFe9i

On Tuesday, Circuit Judge Rex Burlison who is presiding over the case, issued a partial gag order that limits the release of new details about Greitens’ 2015 affair.

According to Gardner’s office, Greitens’ recent tweet doesn’t violate the judge’s gag order — since the judge gave him permission to make a statement defending himself from the House report and that this latest statement qualifies as just that.

Rep. Don Phillips, R-Kimberling City, who was also the vice chair of the committee, contradicted Greitens’ statement saying the investigation was accurate and that through his 28 years as a Missouri state trooper, he relied on his lessons on learning the truth.

“The report released Wednesday reflects the thorough examination each committee member took in determining the validity of the facts of Governor Greitens’ conduct.  The transcripts show that members did not just accept testimony as fact, but cross-examined witnesses, at times repeatedly and persistently, to ensure that what was reported to the House was indeed deemed accurate,” Phillips said. “Each member of the committee drew on their own professional experiences to question and determine each witness’s credibility.  For me, I relied upon the lessons I learned in my 28 years as a Missouri state trooper in my inquiries and in my consideration of the truth.”

Many lawmakers are calling for the governor to resign following the report that was released, which details the alleged conduct by Greitens with the woman who testified under oath that Greitens subjected her to non-consensual sexual activity and violence.

Burlison, who issued a gag order in the case Tuesday permitting all parties involved in the case from commenting on it outside the court room, said he would allow Greitens to respond to the report, saying, “he has the right to proclaim his innocence.”

Ben Striker of the Clayton Times staff contributed to this report

6,105 thoughts on “Greitens blasts Gardner on Twitter claiming she ‘directly contradicted allegations in the House report’”