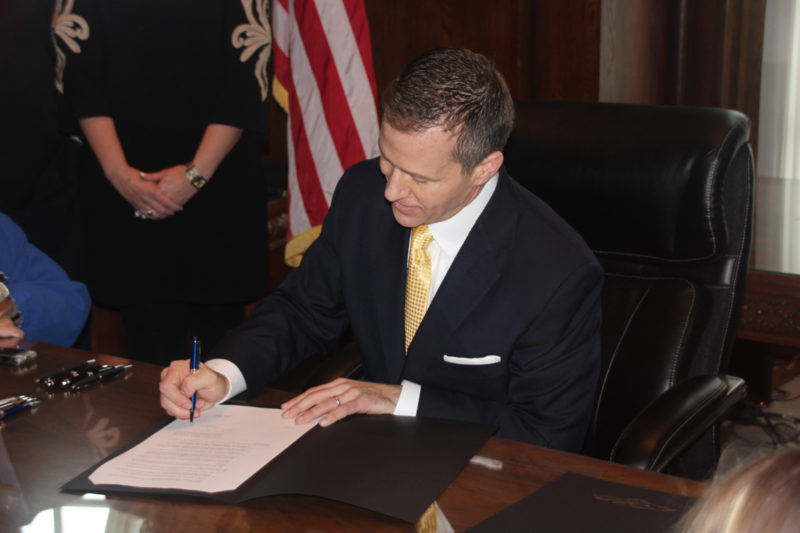 JEFFERSON CITY, Mo. – Governor Eric Greitens released the report put forth by the task force assigned to look into the state’s more than 200 boards and commissions, and the recommendations are calling for significant cuts.

In the report issued Wednesday, Nov. 1, the task force recommends consolidating a number of the boards and commissions into larger, broader overseeing entities, and in the process, eliminating more than 400 gubernatorial appointments. Currently, more than three-fourths of the boards have members with expired terms or vacancies. Some can’t meet because of a lack of members.

Greitens maintains that by shrinking the size of government, it will cut red tape and make it easier to do business in the Show-Me State.

“Government is too big, too slow, and works too poorly,” Greitens said. “With these recommendations, the task force took an important first step to shrink the size of government and make it work better for people.”

The report is the result of the Governor’s Executive Order 17-11, and was led by Lt. Gov. Mike Parson.

To read the full report, and see which boards and commissions would be consolidated or eliminated under the proposed plan, click here.

6,640 thoughts on “Greitens’ task force calls for elimination of more than 400 gubernatorial appointments”