Looking to 2018: Prefiled bills that could play a major role in the upcoming legislative session 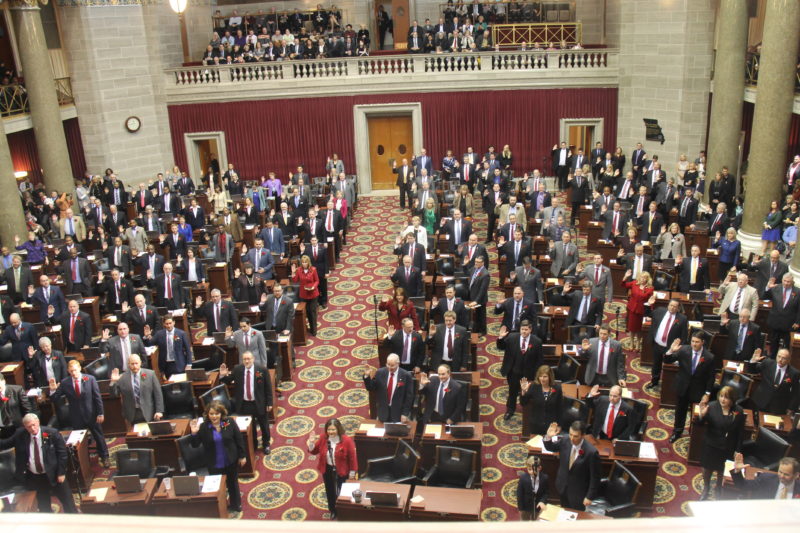 JEFFERSON CITY, Mo. – Just one month from now, the halls of Missouri’s State Capitol will be once again filled with lawmakers, lobbyists and legislative aides for the beginning of the next legislative session. But the work is already underway, with the prefiling of bills beginning on Friday, Dec. 1.

A number of topics will dominate the session, ranging from the usual issues of tort reform and ethics to transportation or gun control. Here’s a look at some of the topics that could receive some significant time from the state’s two legislative chambers in 2018:

It was a major player in the past legislative session, and the indications seem to be that it will be so once again in the 2018 session. The passage of some measures in 2017 seems to have alleviated St. Louis from its position as the “top judicial hellhole”, with the most recent report now placing it as number three on the list.

In light of the recent and tragic shootings across the nation, guns appear to be one of the hot topics primed for debate in the upcoming session. Rep. Richard Brown has a proposal to ban the possession, sales or manufacturing of bump stocks or trigger cranks, which are used to increase a gun’s rate of fire. Other Democrats have filed legislation to make it a criminal act for failing to secure firearms around children, barring people who have been involved in domestic violence situations from owning guns, banning the sale of firearms to those on the No Fly List, and making the costs of firearms safety courses tax deductible.

Republicans also have some proposals, including Rep. Jered Taylor’s bill to reduce the number of gun-free zones, as well as bills seeking the restricted use of firearm databases, and the permitting of conceal-carry into places of worship without prior permission.

Sen. Brian Munzlinger will pre-file legislation to add legal industrial hemp to the list of crops that Missouri farmers have in their rotations. Both Reps. Jean Evans and Donna Baringer have filed bills seeking to permit the usage of hemp oil to treat impairments. Rep. Karla May has also filed a bill seeking to establish provisions regarding the legalization of marijuana and licensing requirements.

The one that most people have their eyes on is Sen. Bill Eigel’s SB 617, or as he calls it, the Missouri Economic Relief Act. Eigel’s intent is to re-examine the way in which taxes are collected and redistributed in the state. Sen. Andrew Koenig has also filed a tax overhaul plan, which looks to decrease the top individual income tax rate to no lower than 4.3 percent, cut the corporate tax rate from 6.25 percent to 4.25 percent and cap local sales tax rates at 7.275 percent. Sen Dan Hegeman has filed a bill that would look to impose caps and reforms on tax credit programs. Also, Sen. Dave Schatz’s bill would raise the state’s fuel tax from 17 cents to 27 cents per gallon.

A number of bills will return from last year, ones that fell short or didn’t make it to the floor. Rep. Nick Schroer is once again filing his Raise the Age bill, while Rep. Shamed Dogan is bringing back the Hairbraiding Freedom bill. Rep. Curtis Trent returns with Hailey’s Law, named for the murdered Hailey Owens. His bill would seek to decrease the time before an Amber Alert is issued by integrating the alerts with the state’s Highway Patrol communications service.

Democrats have already begun to file bills seeking to fix issues presented or put into effect following the 2017 legislative session. One of the most controversial items proved to be the circuit breaker tax credit, and how to provide funding to restore services to disabled and elderly citizens as a result of cuts in the budget. Rep. Deb Lavender has filed a  bill will deal with a fund sweep and transfer of money, while Rep. Peter Merideth is sponsoring legislation that seeks to reduce the timely remittance discount for sales and use taxes, as well as employee withholdings from two percent to one percent. Rep. Crystal Quade would have Missouri join the Streamlined Sales Tax agreement. The three legislators say these bills will restore the cuts of the veto of HCB3, as well as the cuts to the MORx coverage and consumer-directed services.

Two Democratic lawmakers have also filed legislation they say will fix issues with SB 43. The bills, filed by Sen. Jake Hummel and Rep. Gina Mitten would return state law to its previous and long-held standard that a practice is unlawful when a person’s race, color, religion, national origin, ancestry, sex, disability, or familial status is ‘a contributing factor’, rather than ‘the motivating factor’ in the decision to discriminate. It also puts the Missouri Fair Housing Act as its own section within the Missouri Human Rights Act to ensure any future changes will not create compliance issues.

To view the full list of bills filed so far, visit house.mo.gov and senate.mo.gov.

6,657 thoughts on “Looking to 2018: Prefiled bills that could play a major role in the upcoming legislative session”