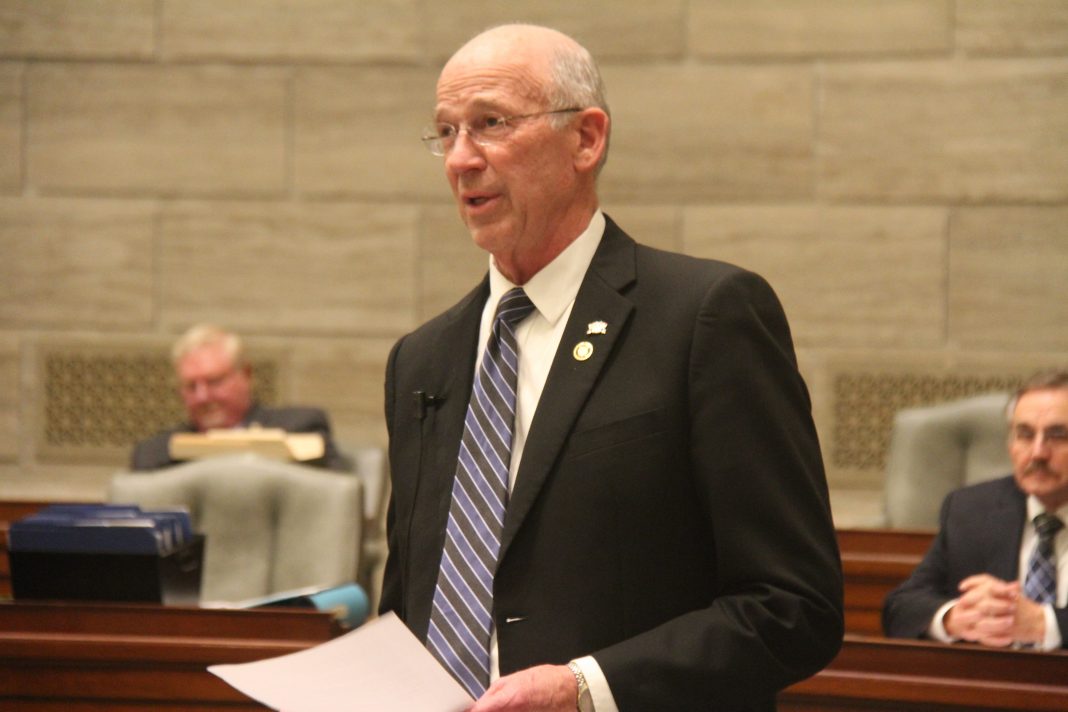 A small group of senators tied up the state’s upper legislative chamber for more than a day, filibustering against legislation that would change utility regulations for utilities looking to invest in their infrastructure.

But the real story is the work of the senators, lobbyists, and staff off the floor. While the filibuster may get the attention – and it should, with those filibustering showing perseverance and strategy – the same can be said about their counterparts.

The bill, which has been placed before the legislature in various forms for years now, received perfection from the body, thanks to the hard work and determination from both sides – particularly Emery and Sen. Gary Romine, who has long stood as an opponent to utility bills in the past. For both men, it meant coming to the table and sorting out differences in an effort to find true legislation that they felt could improve things for Missouri’s citizens and utilities.

By drawing out the process, it gave both sides the time needed to compromise and find language that would accomplish the goal of the bill while still giving both sides grounds to stand on. Getting there, however, was not an easy task.

“Missouri’s century-old energy regulations have caused unpredictable rates for customers and a grid that needs modernization,” Warren Wood, Vice President, External Affairs & Communications, Ameren Missouri, said. “The Missouri Senate came together today to give initial approval to rate cap legislation that builds Missouri’s energy future by focusing on three key customer points. Customers want electric rates that are more stable and predictable, they want a secure grid, and they want a smarter grid that is more resilient.
“Senators improved the bill through compromise and ensured that federal tax cuts would quickly go back to Missouri families and businesses in the form of lower rates,” Wood continued. “This rate decrease will save our customers more than $100 million within 90 days of this bill becoming law.

“This bipartisan Senate approval reflects the balanced approach this rate cap bill takes towards upending the status quo,” Wood concluded. “We look forward to ongoing discussions in the coming weeks to ensure that this important legislation becomes a reality for customers.

Supporters of the bill argue that the current system is outdated, and would lead to upgraded electrical grids and infrastructure. They also note that the current ratemaking mechanisms have been in place for over a century, leading to uncontrollable and unpredictable rate increases. But by placing five-year-caps on the increases, the bill would make the energy costs more predictable. The latest version of the bill would cap rate hikes over a five year period to an average of 2.85 percent per year, which is less than the original three percent level.

Sens. Doug Libla, Gary Romine, Rob Schaaf and Maria Chappelle-Nadal all took turns holding up the process, fighting against a bill they say would drive up costs for millions of residents and businesses.

The filibuster began shortly after the Senate took up the bill at 7 p.m. Wednesday, with new provisions that included a way to allow the Missouri Public Service Commission to return money to ratepayers as a result of the new federal tax cuts in a matter of weeks instead of the months or even years it might take if done through a normal rate case.

After hours of debate, that bill changed, with a new substitute being put forward by Emery at 5 a.m. That new version included even more utility-related provisions that go beyond the rate caps, tax cuts, and rate adjustment mechanisms; it also expanded the language to include language regarding gas corporations and infrastructure system replacement surcharges, as well as solar rebates.

Over the course of the filibuster, Schaaf filed six amendments to the two versions of the bill, promising that there would “be a price to pay.” The filibuster continued throughout the morning and into the afternoon, and it became clear that the bill would not be laid over.

“My understanding is that the floor leader has said to the Senator from Barton (Sen. Emery) ‘no, you may not lay that over,” Sen. Schaaf said while speaking on the floor.

And while it seems like a bold statement, one that some watching the proceedings thought implied the possibility of a PQ motion, the decision of the Senate Majority Floor Leader Sen. Mike Kehoe proved to be what was needed to get the sides to the table and find a way to broker a deal.

As the clock continued ticking forward, members of both sides gathered to work on compromised legislation over the course of the afternoon and into the evening.

Shortly before 6 p.m., the Senate recessed in an effort to allow the two sides to continue moving forward with negotiations and remained in recess until 8 p.m.

When the Senate returned, they revealed a new substitute, with compromise language that would work for both sides. The Senate did have to wait awhile longer for the drafting of amendments, but in the end, the bill was given approval with a voice vote just before 10 p.m.

Sen. Emery told members of the media prior to that he believed the filibuster was over and that the new bill was “not as good as the original,” but “preserved the fundamental intent.”

Not all agreed with Emery’s sentiment, with Schaaf questioning Emery prior to the voice vote of approval for the bill.

“Do you believe the utility companies will be satisfied with this? Will this be enough for them?” Sen. Schaaf asked. “Good luck, fellow senators dealing with this again next year.”

Following the vote, Warren Wood, Ameren Missouri’s Vice President of External Affairs & Communications, said that the Senate came together and focused on three key points for customers: stable and predictable rates, security, and a smarter and more resilient grid.

“Senators improved the bill through compromise and ensured that federal tax cuts would quickly go back to Missouri families and businesses in the form of lower rates,” he said. “This bipartisan Senate approval reflects the balanced approach this rate cap bill takes towards upending the status quo. We look forward to ongoing discussions in the coming weeks to ensure that this important legislation becomes a reality for customers.”

After the voice vote, most of the senators could be seen on the floor, talking and laughing with their fellow senators, feeling the relief of overcoming what could have proven to be a monumental moment or collapse for the body.

For now, it seems, the Senate is content with perfecting the bill and retiring home and sleeping – until next Monday.

Read the floor substitute below: