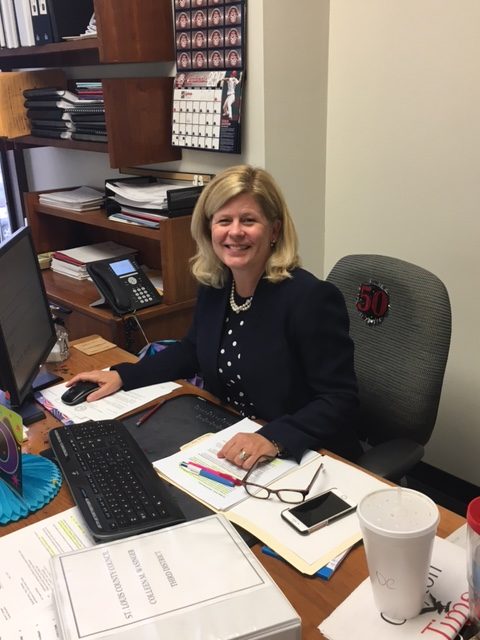 Wasinger, a Republican who represents the county’s 3rd district, has held the position since 2007 and stated to the St. Louis Post-Dispatch, that she wants to give another person the chance at the seat and that she wants to seek out other opportunities and ways for her to serve.

The councilwoman also didn’t eliminate any potential future political options and also suggested that she could work for a nonprofit or in the private sector.

“I’m starting my twelfth year in service and I think 12 years is a good time and I’m grateful for the opportunity to serve the residents of the 3rd District and I think it’s time to give someone else the chance at the opportunity,” Wasinger said. “In addition, my husband has decided to run for the position of state auditor so that has kind of played into the decision as well. I didn’t attend to run again regardless though.”

Colleen’s husband, David, announced in September that he would seek the Republican nomination for the state auditor position.

Wasinger said she was excited to see what the future holds, and is leaving plenty of options open, including running for the county executive position later this year.

“When one door closes another one opens and I’m certainly considering different options,” she said. “People have been mentioning a number of different avenues, whether it’s returning to the private sector or non-profit, or even continuing in public service through the county executive’s race. I’ve received a lot of comments, calls, and inquiries about that lately.”

Now that Wasinger announced that she wouldn’t be seeking re-election, other residents of the area are starting to announce that they’re now in the race.

Former St. Louis County Police Chief Tim Fitch has expressed an interest in running for the seat as a Republican and would announce specifics regarding his campaign agenda at a Jan. 17 kickoff event.

When asked her opinion about Fitch running for her seat, Wasinger said St. Louis County residents would receive a fine councilman in Fitch if he wins.

“I know Tim Fitch from when he was the chief of police while I was a sitting member of the council,” she said. “I think Tim is a very fine, and confident individual. He’s certainly represented the police department well and I think he’s got a unique perspective, certainly to bring to the council with his policing background. There are other people considering running and you never know who is going to file until filing starts. We’ll just have to wait and see who actually takes the plunge.”

Fitch said he wasn’t considering running for any political position until the riots in Ferguson and was inspired by a tweet from former St. Louis Alderman Antonio French.

“I have never considered running for political office until the riots in Ferguson,” Fitch said. “During that time period, there was an alderman in the city of St. Louis by the name of Antonio French (and) he (tweets) out one night during the burning and looting that if you don’t feel your voice is being heard, step-up, run for office. I gave it really no more thought (on running) until I started hearing that Colleen Wasinger was not going to run again.”

Fitch said he has spoken to Wasinger and she gave him advice when it came to running a campaign, along with how the whole process worked.

In addition, Fitch stated he doesn’t need to battle with anyone on the County Council, but he was willing to stand up to anyone be it St. Louis County Executive Steve Stenger or other council members if they weren’t looking out for the best interest of St. Louis County residents.